I had first visited Manchester in 2008, a year before I moved to the UK. Seeing as I was making quite a big commitment in the name of love (and by that I meant marrying Mr. O in 2009), I felt I had to go on a whirlwind tour of its main cities.

But it took me 9 years to return to Manchester – and I will tell you something: I should have gone back way sooner. It really was my loss. The city really had transformed itself in 10 years and whilst quite a few have discovered the delights of the Manchester, I had not.

However, life works in mysterious ways and I found myself in Manchester twice in a month for one reason: the airport. What Manchester airport lacks in comfort and style makes up for amazing longhaul business class fares. In November 2017, I flew to the USA and Canada (where I explored the delights of Victoria and Vancouver) with American Airlines and by departing from Manchester, we saved over £3,000 per person.

So we went the night before, discovered the delights of San Carlo (thanks to my readers), had a comfortable stay at the Radisson Blu at the airport and off we went.

A month later – we had a similar scenario (due to being terrible flight bookers). My family took their sweet time in deciding when they were coming after Christmas and by the time they decided, the tickets were over £900 per person with BA to Heathrow. The best option, was to fly to Manchester direct from Lisbon with TAP Portugal (for a mere £150 one way) and we would meet them there. Obviously they would fly back home from Heathrow.

As we had to drive 2h30 to Manchester – we decided to explore a bit more and show my family a bit more of the North of England and stay the night.. and come back home after a couple of days (with our last stop being Birmingham).

Where to stay on your stopover in Manchester

Do you think the photo above looks great? SO DID I. I asked my readers for help on Facebook of where to stay and where to go in Manchester and EVERYONE said: Kingstreet Townhouse. But did they have 3 rooms on December 27th? No. The Gotham? No. The Lowry? No. Immediately after Christmas, Manchester’s luxury hotels were fully booked and it was impossible to find a hotel with 3 bedrooms.

I had no choice but to rent an apartment in Salford’s Media City (the location didn’t matter so much as we would leave the next morning), but I cannot recommend my readers to stay there – the photos look ok, but they were a bit polished, to be honest. And the reviews way too kind and I had to apologise to my family (although I made up for it the next day in Birmingham where we stayed at the most amazing place)

If you want to stay at the airport (which I would recommend if you have a morning flight), I have no problems recommending the Radisson Blu .

What to see on your stopover in Manchester We had the most beautiful Winter day and decided to explore the city centre on foot. We parked right by where we were having dinner (more on that later) and just walked for hours.

I didn’t remember how pleasant to the eye Manchester’s city centre actually was – a good mix of old and new and some very very good shopping. The nicest surprise was actually the Cathedral – I had no idea there was one (I seriously cannot remember) and we all loved it and spent almost an hour there just exploring it. I am sure you can go in and out in 15 minutes and if that is all the time you have, do it. 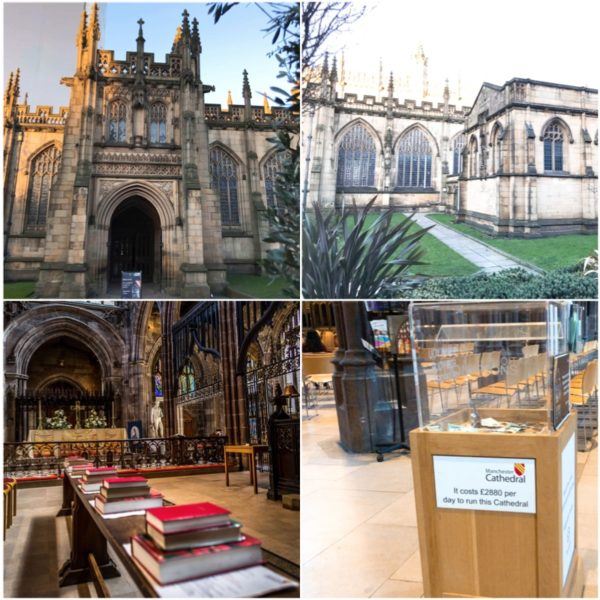 We also kind of found the Northern Quarter (or the edge of it) and had a little wander, but decided we would explore further in a future visit (because we would all like to go back for a weekend). And I will be honest here: my sister wanted to shop. Being the day after boxing day (when the post-Christmas sales begin), the shops were full of stock and no queues which was just perfect. From Selfridges to Harvey Nichols, from Burberry to Barbour (a Portuguese obsession) – we had no trouble helping the local economy. Where to eat and drink in Manchester

Well, if you only have a day, this can be a problem. Why? Because the city’s foodie scene is quite something and there are LOADS of great options. We had a very simple Greek lunch at Dionisus which was good (my family always fancy Greek when they come to Britain and it was a good choice after 4 days of non stop eating at Christmas). 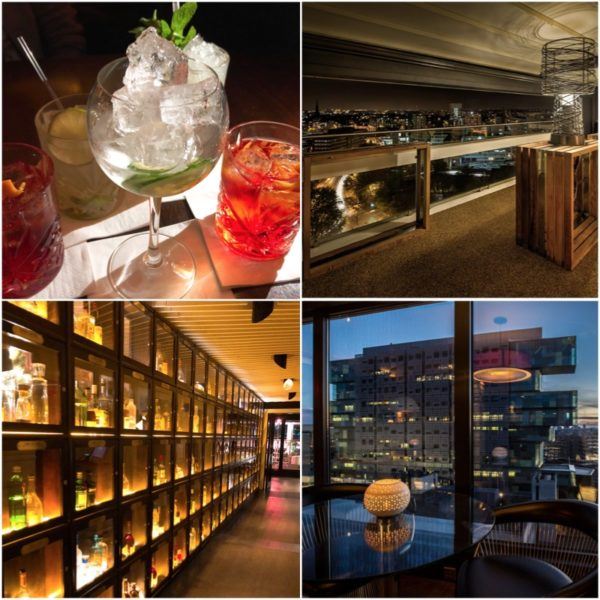 For drinks, we obviously had to go to Manchester House, which has amazing views of the city (EDIT: This has closed and reopened as Restaurant MCR. I have not visited but the location exists!)

And this is where you see the difference in the cost of living – and how amazing value Manchester is compared to the South. A double gin for £5? (obviously plus tonic because in England it is how it works). At my local pub, a single costs more than £5. And this is one of Manchester’s top places. For dinner, we managed to get a table at San Carlo, a Manchester institution (probably named so by 20 something readers). I have to confess that when I was almost ‘forced to go’ on the first trip to Manchester, I thought “really? Italian in Manchester?’. Well, really. And I even drove to Birmingham a month later to go for lunch. And absolutely delighted that San Carlo opened at Selfridges’s rooftop in London and is opening in St James this Summer. If it weren’t for Manchester, I would have not had San Carlo in my life – and I recommend you do too. Mains are really around £12-17 and I think we paid around £35 per person with wine and service. And it was AMAZING. AMAZING.

But this is just one place – there are so many more (just judging on the first hand recommendations I had from my readers). And a note here: I did not know I had so many readers who lived in Manchester.

I feel really stupid. I really really do. I keep going around the world or Europe for weekend trips and never ever in my mind did I even consider Manchester. We only spent a day there but all of us (and that means my husband, my mother, my sister and her husband) were genuinely impressed and surprised by the city.

It really had a distinct personality – it isn’t all shiny of course, but the city centre offered a good blend of old and new and we only scratched the surface. So a weekend there would be just perfect.

I am going back shortly for another stopover in Manchester as I am going back to the USA and the difference is £3,000 again per ticket. And that is perfectly fine by me. Check out 10 European city breaks you will love.

Disclaimer: I undertook a social campaign for Visit Britain, similarly to what we did before on a trip to Bath and you can start planning your next UK getaway at their website – just search online for #lovegreatbritain. 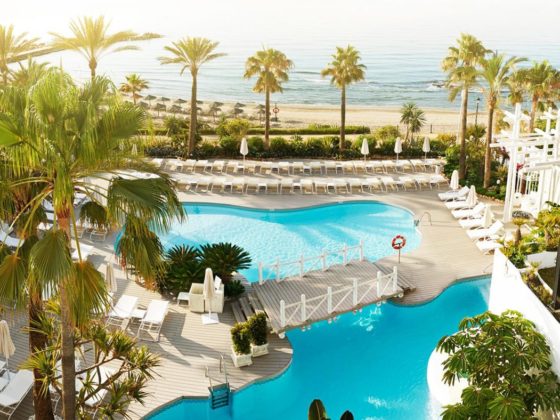 A hotel to remember: a review of Puente Romano, Marbella, Spain