Looking to book a Prague city break? If you are looking for ideas for the perfect luxury weekend in Prague, here are some of my favourite ideas of things to do in Prague.

With a flight a little over 90 minutes, the Czech Republic’s capital is one of those perfect candidates for the perfect city break. We landed just before lunchtime on a Friday afternoon, and here is how our lovely weekend in Prague went, as well as some of our favourite things that will help you plan what to do in Prague – but not before I tell you why Prague has always been special to us.

Why? Because 10 years earlier (almost to the date), I visited this city for a 3 or 4 days for a business conference. What I didn’t know, was there during such conference, I was to meet the man I would marry 4 years later. It is true, promise. In 2019, we celebrated our 10th wedding anniversary.

Whilst we did not have any romantic memories in the city (not that kind of girl!) – Madrid became our ‘city of romance, a year later’, it was a place we were both very keen to visit again for a luxury weekend. Even if it would take us a long time. But life got in the way, and we actually never made it to Prague – but always said we would, *one day*. So we did, on a glorious Valentine’s weekend.

Prague City Break: things to do in Prague on a Friday

We arrived at the airport and were met by our BlackLane driver (a company I first tried in Istanbul last year and have been booking almost every other time we have travelled since – use 9S55NCP6 as a discount code to save 20%). The service was excellent and within 25 minutes, we arrived to the Four Seasons Prague, which was to be our home away from home during this weekend in Prague.

I am a fan of Four Seasons Hotels (Surfside is my current favourite, closely followed by Los Angeles) and I have to say, there is nothing in Prague like this hotel – the location was pretty incredible (you can see in the photo above) and I think that during our weekend, we walked everywhere, which was excellent for my FitBit average number of daily steps.

One of the most interesting things about it, is the fact that it is made up of 4 different buildings – and each building has its own decor. I had no idea which room we would be assigned – that was half the fun, of course – and were delighted with our King Deluxe Riverview room on the Renaissance Building.

As we got to our beautiful hotel room, there was definitely a ‘wow’ moment, when we realised that this… was our view.

Prague Castle on the right, Charles Bridge on the left (you can’t see it on this photo, obviously) and the Vltava River and Malá Strana area. It was absolutely fantastic. It wasn’t a sunny day, but hey, it was February. It did not rain either, so we were pretty pleased!

By this time, it was almost 1pm, and after we explored the hotel a little bit, we decided to stay for lunch and try its restaurant, as we had a pick up at 2pm and to be honest, didn’t really want to go anywhere else. Cottocrudo is open to non hotel residents and its simple lunch menu was just what we needed. Word of warning: book first just in case, as it is one of the power-lunch spots in town.

At 2pm we were ready to go. Where, you ask me? Well, I booked a 1-hour Flytographer session as obviously it would be unthinkable not to. It would be the perfect token souvenir of our weekend in Prague – and definitely fall into my ‘things to do in Prague’ list. And I have to say, Eliska was a gem, and took some of our best ever photographs.

We started just outside the hotel, and would be pretty fair to say that we could have stayed in the area for hours – because everything was *there*. From the riverside, we made it to Prague’s most touristic attraction – Charles Bridge.

And I have to say one thing – go on Friday and be prepared to see a lot of people also wanting to have their best weekend in Prague. And this was off-season – so you can do the math. Go on Saturday, and the crowds enjoying their own Prague city break will double or treble.

We carried on walking, and to be honest, I was just happy to get away from the crowds who were certainly enjoying their own Prague city break – and Eliska knew just the place to take us. It is quite funny how sometimes 10 metres in the right direction makes such a difference.

We continued walking and made our way towards Prague Castle, which was obviously a place we were very keen to visit.

Eliska was very chatty (and very nice) and we really enjoyed her company – and we were quite impressed with how much we walked (all optional, for the record. Excellent for my fitbit stats).

But the best thing was that we saw the busiest touristic sites on the Friday – believe me, things changed dramatically over the next couple of days. Who didn’t want their own weekend in Prague? Exactly.

We slowly made our way back into the Old Town and to the hotel and did something we rarely do – we went for a nap. I am not going to lie, but it was just what we needed. We ordered some nice Earl Grey tea and just relaxed for a couple of hours.

One of the things I always do, is ask those who give me the time of the day on Facebook and Twitter for suggestions on where to go. And at least 10 people told me the same thing: I had to go for cocktails at Hemingway Bar.

So just before dinner, we turned up (without booking) and I have to say, we were incredibly lucky as we got the last 2 seats available (which we would have to vacate before 8pm for the next booking). So do not risk it – and pre book.

We loved the atmosphere, but most importantly, we loved the cocktails. They were very unique – and I am not going to spoil it for you. There was one involving bacon, is all I can say.

The following day was Valentines and we were of course clever – we pre-booked our bar seats for the following night (again, just before another reservation). Cocktails were just under £5 each.

For dinner, we asked the Four Seasons team for help – namely as all our first options were fully booked (Valentine’s Day, my darlings, madness) and for the first night we wanted something casual and Czech. The choice was the Olympia Brewery which was just what we wanted. Packed with locals (and a few of us, visitors), great atmosphere and the food was very interesting.

We were warned about the very generous food portions and skipped the starter, which was the best decision we ever made – as we could barely finish our mains. We had the pork knee and the leg of goose. Dinner for two was under £30, for real.

We walked back to the hotel via the Old Town and to be honest, it was so full of people (as normal as it we were not the only ones who went for a weekend in Prague), we just went back to the hotel and had a drink at the bar, before turning in early. Which was just what we needed. Cocktails: £8.

Prague City Break: things to do in Prague on a Saturday

On Saturday, we had a very light breakfast (very very light) as we were on a serious mission. We were doing a walking food tour with Eating Prague (I loved my first experience with them in Rome, and knew what would be coming). I love doing food tours and have a round up of some of my favourite here.

What we ate in our Prague food tour

So we walked around town, which was lovely and quiet, and I even managed to check out some shops before we slowly made our way to the first stop, where we were going to meet our guide Jan. It was in a very residential area, slightly away from the centre – as you know they will take you to “real” places.

What I didn’t expect was to be greeted by Jan and these beauties.

Our tour took 4 hours and we had 6 stops, I seem to recall. And each was as unique as the next one. Our favourite one (if I really had to choose) was the butcher’s, which was SO different. I learned a bit more about the nation’s obsession with meatloaf and tried some wonderful meats.

The aspect I also found interesting was to meet the owners of the places we stopped at – they were all very small-scale places and in most cases, very unique.

I loved this Eating Prague tour and highly recommend it – it completely changed my perception of the city and the Czech culture and there is no way I would have tried as many local delicacies as I did.

Needless to say, it had negative calories, also aided by walking.

Despite being a bit tired, we decided to walk it off any remaining calories a little bit and did so by heading towards Parizska, where most designer shops were located. Interestingly, I found items much more expensive than in the UK, for example, which was surprising given the cost of everything else in the city we had experienced so far.

We went back to the hotel for a little rest, and to change for dinner. But before that, we went back to Hemingway for a couple cocktails. Because it would be rude not to.

Dinner took place at Kalina, which I have to say, was excellent. Dinner for 2 was under £90. To end our evening, we went back to the hotel, and enjoyed one last cocktail before bed. We thought the bar was really comfortable and we didn’t want to be anywhere else.

Prague City Break: things to do in Prague on a Sunday

Our Sunday was quite short, as we had a lunchtime flight back to London. So we actually slept 11 hours and just about made it to breakfast, which was really quite fantastic. As we had missed out a bit the day before, we decided to make up for it.

We spent the last hours we had before our car arrived just wandering around. Prague was the city that brought Mr. O and I together – and whilst we had no memories of that, we made sure we created some new ones this time around.

We had the perfect weekend in Prague and anyone following this itinerary will certainly enjoy their Prague city break.

Pin it for later 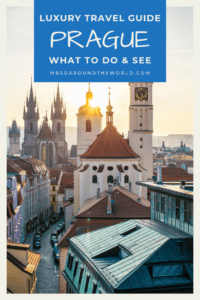 Disclaimer and Fact Box: a huge thank you to Four Seasons Prague, Eating Prague and Flytographer who made this weekend in Prague extra special. Opinions are, as always my own. 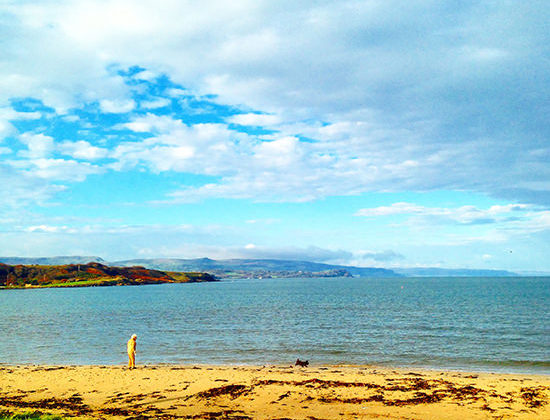 A lux weekend in Northern Ireland 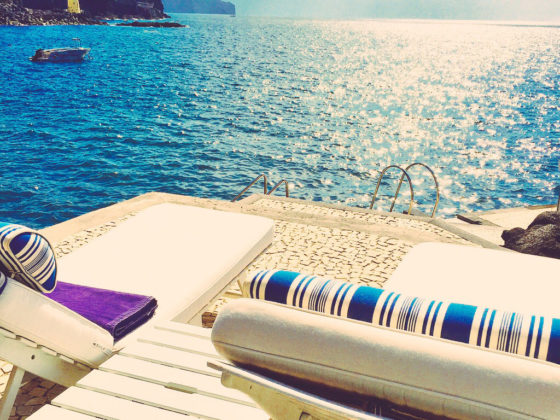