On a recent trip to Mexico, I chose to fly with American Airlines from London Heathrow to Miami on a business class flight as it offered the best connection times and good value. I was keen to try its long haul business class product and see how it fared for luxury travel, having been quite impressed with its ‘transcontinental’ service between New York and San Francisco a couple of years ago. Here is the review of how this service on the B777 went.

The flight departed from Heathrow Terminal 3 (and interestingly, there was never a mention of the terminal on pre-flight emails I got after booking American Airlines). I had seen this ‘flagship check-in’ area a few times and knew where to go. On arrival, there were 3 passengers waiting to be checked in and 3 agents on duty. I waited a good 10 minutes before my turn came and had what could be described as the most bizarre check-in for an international flight ever.

Instead of what would be a normal ‘Hello, where you are flying to today? How many bags? Can I have your passport?’, I was subjected to one the rudest interrogations ever – along the lines of ‘what do you do’, ‘why are you going to the USA?’, ‘can you repeat your company name?’, ‘please name 3 of the last clients you have issued an invoice to’ (for real!), ‘what does client x do?’, ‘how long have you been working for them?’, ‘who are you meeting in the USA?’. It was quite weird and after 5 minutes of this, I understood why the previous passengers were taking so long. I actually asked why the agent that was checking me in was being so rude (he really was, the tone of voice was quite something), and he told me he was carrying checks on behalf of the TSA. I fly to the USA a good 6-7 times a year (normally with British Airways), and never ever this has happened before. Apparently it is standard procedure for US-based carriers, which I respect, but the way it was done was very poor. I have flown with American Airlines many times before (for example, on an international flight from Mexico to Miami on my return leg), and absolutely no questions at all. Not off to a great start…

I used the fast track and was done in 5 minutes or so.

My expectations for the American Airlines lounge weren’t high – Mr. O had been on a flight recently and told me very politely I would be better off at ‘our usual’ airport lounge, but I insisted on having a look. Hello 1992! The lounge really was tired – and so busy (and loud) that it was almost impossible to find a seat.

I found a tiny table and after a while was able to order pancakes. I went to grab a coffee and looked at what else was on offer and wasn’t very inspired. I got my pancakes and they were so plastic I left them after the first bite.

I went to the loos (which were really quite good and modern, so a point there), and decided to cut my losses and made my way to the BA lounge next door (which I can use as a Oneworld Emerald loyalty program member) and had a made to order egg and bacon sandwich and a glass of Vintage Taittinger to make up for what just happened. (EDIT: There are better flagship lounges to try now on Terminal 3, namely the Cathay Pacific for food and the Qantas lounge for its bar).

Heathrow Terminal 3 is a decent terminal (one of the oldies now) but has a good mix of shops, options to eat and a great Duty-Free shop. I purchased some cosmetics and picked up an item I had pre-ordered at of the stores. It is no Terminal 5, don’t get me wrong. It took me 10 minutes to walk to the boarding gate.

I had a very nice welcome on board from the cabin crew and was directed to the aisle where my seat would be. I have to say that throughout the flight, American Airlines flagship service was very efficient and pleasant, so no complaints from me.

The cabin was gorgeous and each business class seat seemed to offer a lot of personal space and privacy. It was similar to the flight I had been on before and it is one of the best business class premium cabins I have seen. It had a 1-2-1 configuration so every passenger has aisle access and I had a seat on the right side of the plane facing a window, which I had pre-booked.

There are 2 business class cabins (one at the front, which just 2 rows, which I experienced on the return flight) and the main cabin, which is quite large with over 10 rows. Despite being a day flight, it was very quiet.

American Airlines business class seats are angled to one side and offer a lot of personal space – and privacy – and there are lots of well-thought details in terms of storage for personal items that you can use throughout the flight.

On your side, you have the seat controls and panels, which let you adjust your set, connect any devices and where you will also find the Bose earphones with American provides for in-flight use. I knew about this and that saved me having to take mine with me – and they were excellent.

The seat lies flat but I found it quite uncomfortable after I had used the seat controls and tried to sleep – there is something quite hard just behind your back, which I hadn’t noticed on other carriers before. I found that the best way to sleep was to have my head up a fair bit so that the back would go down a bit (kind of curved) and would be more comfortable. Not the best for overnight flights.

I wasn’t terribly impressed with the American Airlines toiletry kit – the bag itself is OK but nothing I would want to bring home with me, and I couldn’t quite understand the colour scheme of the items inside? Red and orange socks? Wow. I wasn’t familiar with the brand chosen – Red Flower – which is an American organic beauty brand and it included some lotion, lipstick and a face towelette (which I used). Additionally, it had a pack of tissues (very handy) and toothbrush and toothpaste. Not the best business class amenity set I’ve received, bu

I must confess I was not expecting to be served a glass of champagne (which was prosecco actually) in a plastic glass when I boarded – it really surprised me as to why this would have been done. Once we had taken off, I was offered a pre-lunch meal – and I decided to pick champagne (Castelnau was being served – really not my favourite) just to see what would happen. I was surprised to see it being served in a wine stemless glass – and baby, what a pour! The glass was quite large and so was the amount of champagne.

I ordered a Gin & Tonic (Bombay Sapphire and Canada Dry Tonic which was vile), which was served in a similar glass. With regards to the other options being served, please see photo below from the menu. Drinks were served with American Airlines’ signature warm nuts, which were nice.

I did a little research on the wines served as I did not know any of them – they ranged from $9 for the white and $17 for the red, which kind of tells you something about the selection. See more details on the photo below.

I had pre-ordered my main course (the peri peri chicken) and the only available starter – herbed chicken with tzaziki. There were other main course options and I was told by the purser (who was very nice and came to introduce herself to everyone in the cabin when the menus were handed out) that my pre-order was confirmed.

In terms of mains, the options besides the chicken were kale lasagna and beef filet. There was also an option for an express meal with all 3 courses delivered at once.

For dessert, I chose the traditional ice cream sundae which was lovely. I had a peek at the ‘gourmet cheese plate’ which did not look very gourmet. I paired my meal with a glass of the Portuguese red wine which was OK.

Pre-arrival, we were served another meal and I chose the croque monsieur – it was a bit stale but it wasn’t bad.

Overall the food was OK, I wouldn’t call it great. Service was efficient.

I had a large screen for inflight entertainment and everything worked perfectly. The choices in terms of movies and TV were very good and I really was spoiled for choice. I watched Burnt, Steve Jobs and also caught up on some episodes of ‘Ballers’ which I have started watching on BA.

Bose noise-cancelling headphones were also provided and they were excellent. I had a power socket and a USB charger which worked well too.

I had a good flight with American Airlines – I thought the service was excellent (John was my flight attendant and really was on the ball with everything. He was also quite chatty and funny and helpful). On my return flight, it really wasn’t quite the same.

The food and drinks choices could do with an upgrade – I did not feel they were international business class standard compared to other airlines.

The Heathrow airport experience provided by American Airlines could be vastly improved – the lounge really was sub par, I am afraid and the check-in process has to be updated – maybe have a chat with the TSA agent after checking in? It really taints the experience having it as a ‘2 in 1’, in my opinion.

The cabin? Well, it is one of the best hard-products I have experienced – the business class seats are excellent (even with that hardness at the back when you lie flat), offering a lot of privacy and personal space. I was able to keep everything with me that I would need during the flight without having to get up and I appreciated it.

I would score this American Airlines international business class flight a solid 7/10.

Fact Box: My flight from London to Cancun via Heathrow with American Airlines cost £1800 and I found this flight with Google Flights. A normal return to Miami from London would start from £2200. 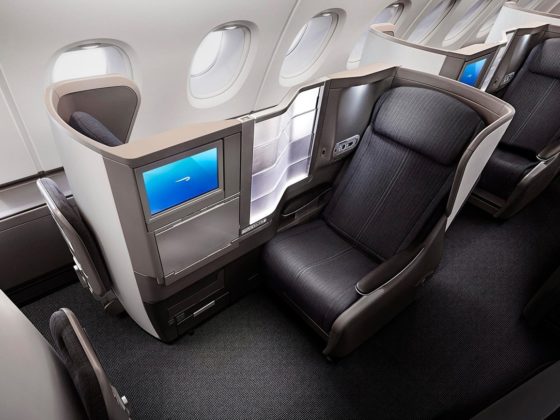 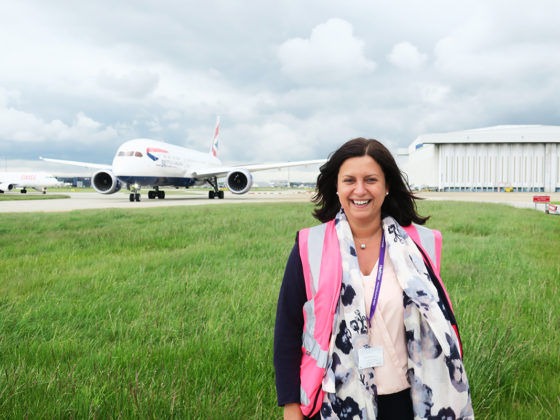