Looks for ideas of things to do in Victoria BC? Here is my one-day guide to Victoria Vancouver Island

I have been promising myself a visit to Canada’s West coast for 38 years, more precisely Victoria, the capital of British Columbia (BC) in Vancouver Island. 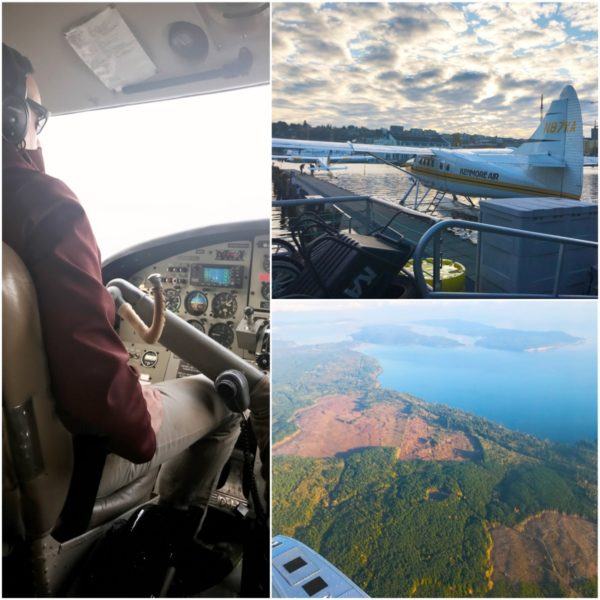 My husband had a conference in Seattle and I decided to come with – and leave him ‘conferencing’ for 3 days whilst I played with the girls in Canada, and more specifically, in lovely Victoria, the hometown of two special friends: Nicole (who is the founder of Flytographer, which is also headquartered in Victoria) and Nancy (the lady behind Luxe Travel Family and one of my favourite leading ladies in luxury travel – and also old friends with Nicole in ‘real life’). These ladies have been in my life for over 4 years and whilst we had some great rendezvous in London, it was time for me to meet them at their hometown.

Getting to Victoria in Vancouver Island, Canada is quite interesting – and by interesting, I mean that there really are a variety of choices. From where I was (in Seattle), I was presented with 4 choices – a 45 minute seaplane, a normal regional flight, a ferry and obviously, driving. 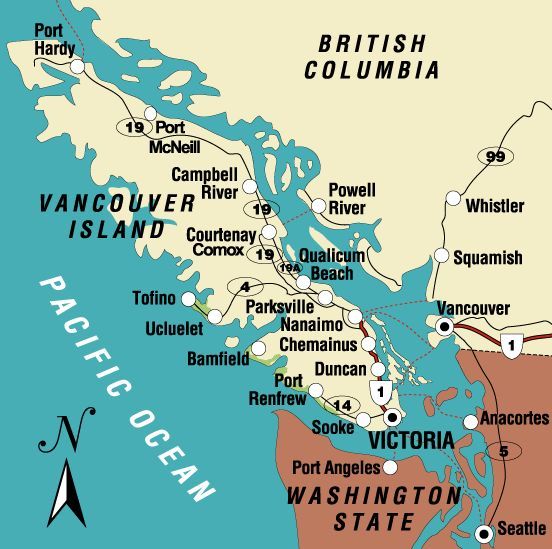 I chose the first one – the seaplane – because it seemed to be the simplest. No need to travel to a real airport at each end, Lake Union in Seattle was under 10 mins by taxi and I would arrive right on Victoria Harbor, which would mean I could even walk to my hotel in Victoria BC.

I did struggle with the 13kg baggage restriction (but only because of gifts and boots) but the 45 min journey (perfectly timed at 8am for an 8.45am arrival into Victoria) with Kenmore Air (one-way cost $140 USD, £75) was nothing short of perfect. I had been on seaplanes a few times before (in the Maldives) and it really was a beautiful flight – as my friend Nancy said ‘the waters are a bit colder, but the people are warm!’). 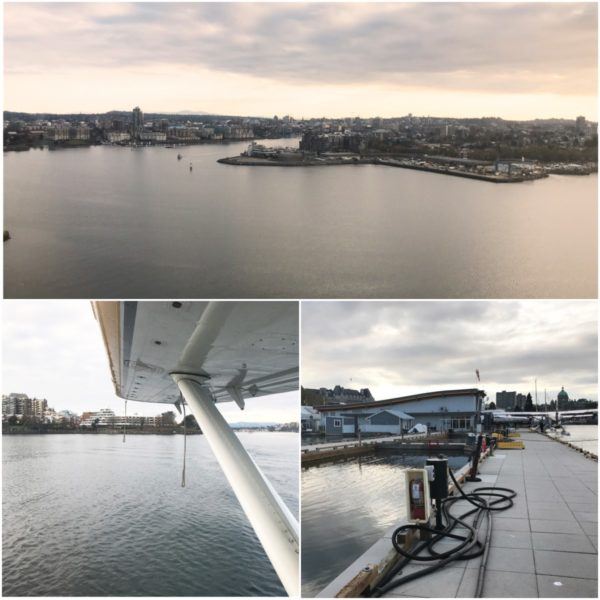 The building you see on the photo above, on the right, is the harbour terminal and also Canada’s Customs & Immigration station. You can probably guess how lovely the welcome was – there was no queue and I heard my first and only ‘Bonjour’ – as they really don’t speak French on this side of Canada.

I had a quick walk to my hotel – Victoria’s grand-dame, the lovely Fairmont Empress (which has undergone a major facelift and it is looking fantastic) and have to say, was most impressed by my ‘doorman check-in’ and quickly dropped by bags in the room before giving Nancy, who incredibly kindly offered to be my guide during my whole stay in BC – she had the ultimate list of things to do in Victoria BC –  the biggest hug in the world and set off for a little drive around.

Victoria BC is in Vancouver Island – so there is definitely an ‘island’ feel about it. And what I didn’t know was how it really has 4 seasons – a proper summer with lovely beaches to enjoy (an excuse for a return trip) and it doesn’t really snow there.

Our first stop were the Butchart Gardens which are a group of ‘floral display gardens’, privately- owned by the Butchart family and one of the most visited attractions in Vancouver Island, with over a million visitors a year. The drive from Victoria took about half an hour and was the perfect occasion for me to brush up on some Canadian trivia: I honestly had no idea that Canada measures distances in kilometres and temperatures in Celsius – no need for made up conversions for this very Portuguese girl. And I have been to Canada probably 6 times or more, before. 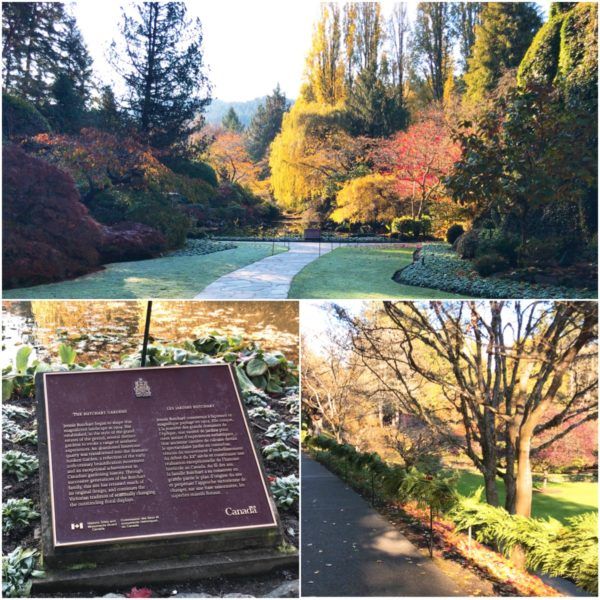 The gardens change dramatically according to season (duh!) and I loved seeing the autumn (ok, ‘fall’) colours which were truly stunning. We don’t get as many ‘shades of red’ in Europe and I really looked like I was ‘fresh off the boat’ with all my wows. ‘OMG, look at that tree. And that one!’.

Entrance costs between $17-33 Canadian Dollars, depending on the season (approx $13-25 USD, £9-£19) and it really is worth a visit – they were setting up for Christmas and if you are there this time of the year, go! On a quiet Monday morning, we had it all to ourselves which was lovely. Definitely one of the best things to do in Victoria BC, so add it to your Vancouver Island hit list, no matter where you visit. 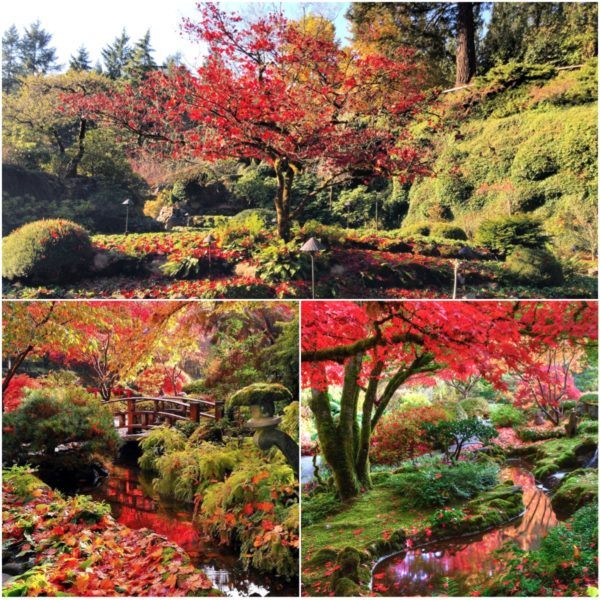 After an hour or so wandering around, we made our way back to Victoria BC, where we were reunited with Nicole and did something very special: our first joint Flytographer shoot, hitting some of the most iconic landmarks of the city, which is SO walkable, you couldn’t make this up. 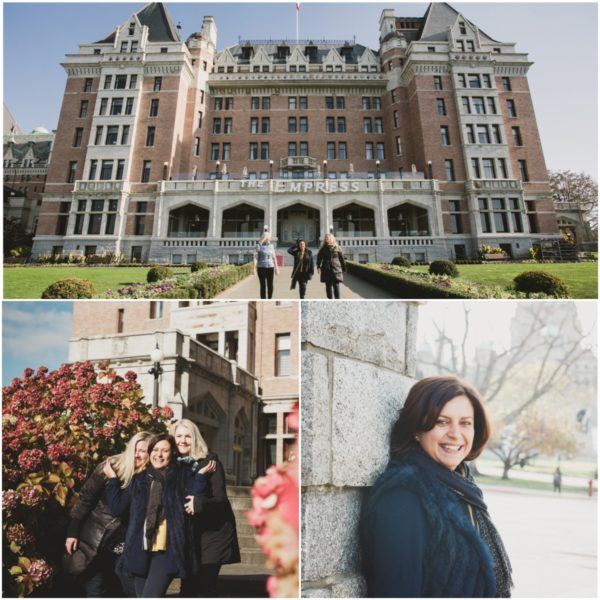 Our first location shoot was outside the Fairmont Empress hotel, one of the most recognised buildings in town. Next up, the the Parliament (Victoria is the capital of British Columbia or BC) and lastly, the waterfront. The weather was so kind to us – we really had no complaints. And we did have a bit of fun. 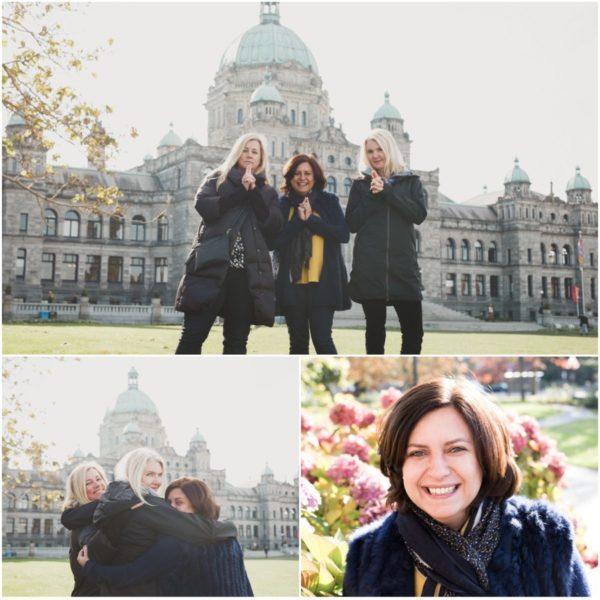 We got a bit silly – and you can see our funny boomerang video on Instagram here – but the truth is… we were so happy to be together. It was the first time the 3 of us – and having this meet up in Victoria BC was just perfect. 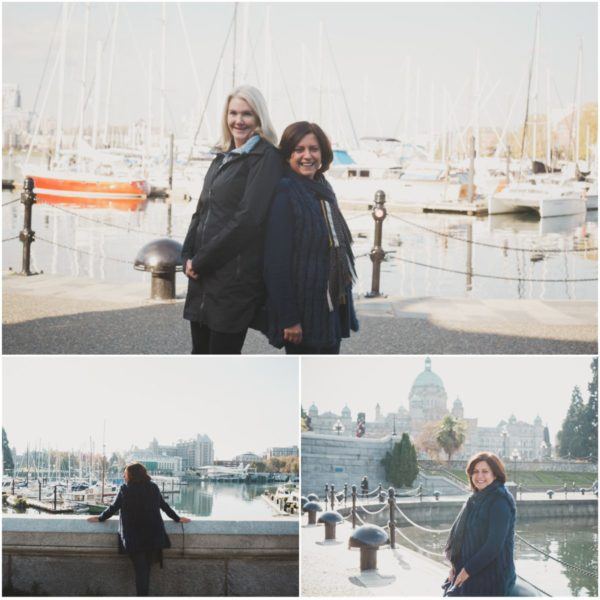 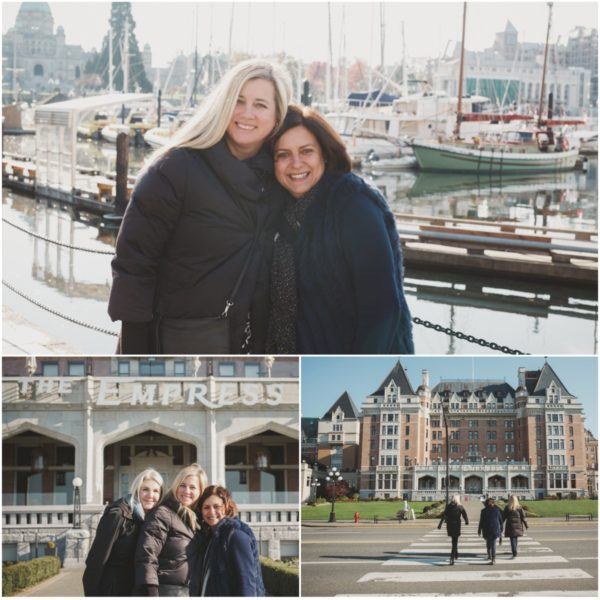 Well, after a busy morning, it was time for lunch at Agrius, where we had a nice organic grilled cheese sandwich and a glass of wine (why not?), before I had a bit of time on my own and walked around the city. 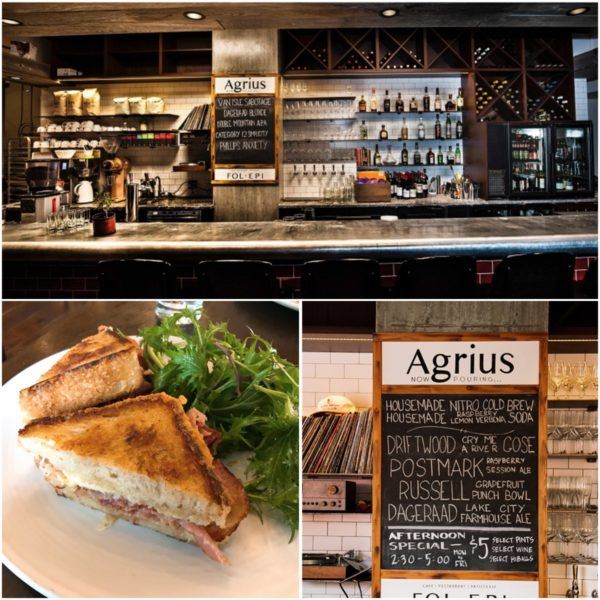 In Victoria, I loved the low-rise buildings, and also the nice array of boutique and independent retailers. I did spend some time perusing the local delights before heading back to the hotel for a quick nap. Speaking of hotel, I stayed at the Fairmont Empress, which really was stunning – I can’t do a proper review as I was only there for a night, but I did enjoy every minute. The decor of the hotel was very nice, and the room (a king room) was very spacious too. The hotel has been refurbished and a special mention to the Le Labo toiletries which did not hurt either (although I had a funny episode where I almost left my Le Labo travel sized perfume (not such a bargain at £50) at the hotel, having mistaken it by the shower gel. Before dinner, we headed to a new bar which has sadly closed – so where as it looks like there is a gap in my day, rest assured that those cocktails were enjoyed, before we headed (all 3 of us) back to the Empress, to try its ‘iconic’ purple gin and have dinner at Q at the Empress – where I had my first poutine in 15 years (not a Victoria BC or Vancouver Island local specialty as it is more of a Quebequois delicacy, but it was a menu special and I couldn’t say no.) I did have the perfect day and found quite a few things to do in Victoria BC. I really really enjoyed my time there and would absolutely recommend a visit (a tad longer than mine, if possible).

The next morning, we made our way to Vancouver – but that is a story for another day. Disclaimer and Fact Box: I was a guest of the Canadian Tourism Organisation and Tourism Victoria. Opinions are mine, but I think you may guess how much I really enjoyed it. I really really did.

Get there: a one-way flight from Seattle to Victoria with Kenmore Air costs $140 USD, £75. 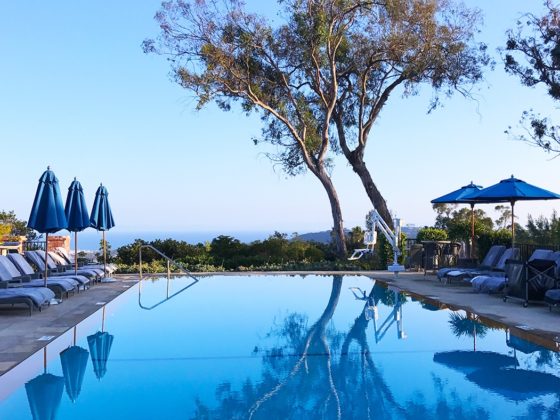