After a delightful 6 days in Palm Desert, we stopped over in LA for 2 nights, intending to make the most of three full days. We have found that some time in LA at the end of our usual California summer trip, prepares us for returning back to the UK. More about that later.

On our previous trip we absolutely adored the Four Seasons Los Angeles at Beverly Hills, so we decided to come back – some hotels are truly special (and in LA you are spoiled for choice, for the record), and this one is one of the O’Reilly favourites. It has a very interesting location, a couple of blocks from everything you would want – and I like the peace and quiet it gets you.

This time, we were not disappointed either. At all. We had a beautiful suite, very similar to the one we had before, and the most thoughtful welcome amenity ever – Gin cocktails (hum hum) and, well…, chocolate. Mr. O could not resist a bite of the ‘Holly’ bit, bless him.

Our plan in town was simple – meet friends, no shopping as no further luggage space available (it will become clearer later, bear with me), go to the spa and catch some rays at the pool. This was supposed to be a preparation for the return to real life in England. Baby steps, as they say.

So our first stop was… drum roll… the pool.

Quiet and private – in other words, perfect for me. Really perfect. At the end of the afternoon, Mr. O went to the spa, whereas I got myself a hair appointment at the nearby The Dry Bar in West Hollywood (which is an invention which desperately needs to come to the UK – someone please open one!) When in LA, one needs truly fab hair – and I love my LA hair.

We stayed in at the hotel in the evening. Why? Because I now have a little (well, it is in its 2nd year) tradition, whereby I organise a little drinks party with my LA friends that happen to be in town, and it is always so nice. The bar and restaurant at the Four Seasons, called Culina, is really nice and you just don’t want to leave. And you may even spot some very interesting people, take note. I cannot divulge any further information.

We went to bed quite early, as we were still on holiday and it would be our last chance for a full 10-hour sleep – no judging, please. And when we woke up, in our stunning suite, We did something we very rarely do – order breakfast in bed. I cannot explain why, but it was just what we wanted.

The next day, we were very lazy and spent most of it by the pool. Because it was so lovely – and we knew the moment we got on that plane, Summer would be over forever. And ever.

I think we did not move for hours, stayed in for lunch (which was delicious, by the way) and at around 4pm, finally decided to explore the city a bit more, just so we would say we did nothing but stay by the pool.

We went for a little drive around Beverly Hills and after we realised where the restaurant we were due to go was located, we decided to go to the Beverly Center, which is a huge mall, for one last-minute bit of shopping (you never know what you might find. For others, of course). We were meeting my instagram and twitter friend Molly and her husband for a great casual seafood dinner at Son of a Gun, on West Third Street, not far at all from the hotel. I had never been to that street before, and was really pleasantly surprised with the variety of bars, restaurants and boutiques, and promise to go back in day light next time we are in town.

We went back to the hotel for a final round of drinks and the next morning, had to cut our sleep short as we had to be ready to go at 10am. That meant a single-digit- sleep (the horror!), which was totally worth it as we had something very cool planned for the morning: a private 2-hour guided tour of LA with Glitterati, and a photo shoot with Flytographer.

Bryan, our guide and driver (see? Men can multitask), picked us up from the hotel and I knew I had nothing to worry about for the next 2 hours and a bit. We had plenty of refreshments and cupcakes (ha ha!). I have been to LA a good 10 times and know the area (Greater is LA is really large) reasonably well, but it was really nice to have someone who knew what they were doing show you around and actually take us a) to places where we had never been to before and b) places we had been ages ago and never managed to go back to.

On our tour, we picked the whirlwind version, of around 2 hours, depending on LA traffic, of course. We started with a drive through Melrose Avenue, then made our way into Hollywood to see the last of the major studios still in the area. I also got to stop outside the Scientology Celebrity Centre and Katie managed to take some good photos which no one will never know about, of course.

Needless to say, a photo-op of the Hollywood sign was a must, so we zigzagged our way into the hills for a close up. Or three.  We then headed to Hollywood Boulevard with its Walk of Fame, Grauman’s Chinese and Dolby Theatres and made our way west through the Sunset Strip to view the some interesting homes of relatively known people of Beverly Hills.

Bryan was really funny and entertaining and I have to say, we had a great time – it went so quickly, I cannot tell you. Kate, our Flytographer, ended up staying with us for the whole tour, as she also found it interesting, despite being an ‘Angelena’ (is that what the inhabitants of LA are called?).

Before we knew it, we were back at the hotel, where we had to finish packing and then slowly make our way to London, via New York (just so I could finally have lunch with Luxury Travel Mom for the first time ever). Mad, I know, but totally worth it.

But needless to say, we had a really good time in LA – no late nights this time, but of course, there is always next summer, right? Disclaimer and Fact Box: a huge thank you to those who made this trip extra special, namely the Four Seasons Los Angeles at Beverly Hills,  Glitterati and Flytographer.

SLEEP: At the Four Seasons Los Angeles at Beverly Hills from $500 per night, with suites starting from $900.

SEE: A private 2-hour tour with Glitterati costs $139 per hour, with a minimum of two hours (not per person). 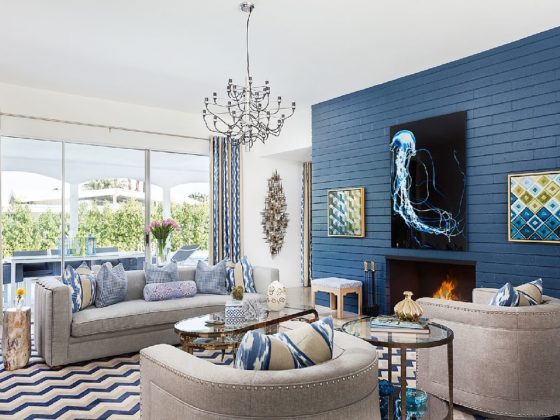