As you may know by now, Lisbon is my hometown – I go back a few times a year, but never as a tourist. Either I go to see family and friends (and have every 10 minutes of my time accounted for, usually around meals of course), or it is a strictly business trip, where I spend days with clients and never get to see the sights. So I thought that a proper city break in Lisbon was in order, right?

The first thing we did was actually to get on a tram. I have not been on a tram possibly for 30 years. Mr. O had never had the pleasure either. We rode on the 28 line, which is obviously one of the most touristy ones, but you can see why – it takes you from Alfama to Chiado (and many other places) and you do see a lot! We stopped at Praca Luis de Camoes, in the intersection of the Chiado and Bairro Alto districts,  both areas we knew well.

We had arrived that morning from the Algarve, so it was fair to say that we were hungry. Starving, even. So the priority was to eat – which is always a delight (note how Unbiased I am!). Cafe Lisboa, by chef Jose Avillez was the chosen place – and we loved it! Located inside the Sao Carlos National Theatre, it did remind me of ‘Old’ Lisbon. It was beautifully restored and the menu was fantastic. All Portuguese classics (with things I hadn’t eaten in years) – we chose the Executive Menu (incredible value at €16/head) which featured all the classics and I loved my veal croquettes and tomato rice. Mr. O went crazy with his Pastel (a meat filled pastry). The cherry gazpacho was also divine, as were the codfish nuggets.

From here, we decided that a walk was just what we needed. So we made our way towards Praca Luis de Camoes again, and headed up towards Principe Real via Rua da Misericordia. Along the way, we made some photo stops, of course. It would be rude not to!

Lisbon is built on 7 hills, and it is very true – and take my advice, avoid heels at all times. We walked and stopped – and I annoyed everyone when I wanted to stop every 5 minutes – but I really wanted to see the city. We stopped at this miradouro, where we took the photo above – I had driven past 100 times, but when was the last time I stopped? Possibly 15 years ago. I wanted my photo ops.

As we walked towards Principe Real (another district, or bairro, in Portuguese), it was very interesting to see how the retail scene had also evolved. Lisbon is great for shopping (both designer and high street), take my word for it, but this area was very different. It was great to see so many vintage, unique and local shops – with great things to buy!

One place I loved was Embaixada (or Embassy if we were to translate it) – it was basically an old building, which was restored and then each retailer took a room (or more). It resulted in an interesting mismatch.

From here, we hopped in a taxi and made our way to the atelier and workshop of painter Diogo Munoz – I have to confess I knew very little (or nothing, actually) about him, and couldn’t even pretend I did as I didn’t know that I was going to meet him (and let alone spend an afternoon with him). Diogo was a delight and not only we were very impressed with his work – everything you see below are paintings, not photographs – we really liked him as a person. He was quirky, very honest and direct, and quite funny. Mr. O and yours truly really warmed to him and actually learned a lot.

It was very interesting to learn about Diogo’s career (and how successful he is being around the world, namely in Asia, which I found most curious). It was even more interesting to open a few magazines the following day and see a lot of articles about Diogo. Coincidence? Maybe not.

We then left his workshop and there was a vintage car outside. I had seen it before we arrived, but I never put the two and two together. It was obviously our ride.

Our 1930s Mercedes (with its driver of course) was fantastic! Diogo was to escort us to the Ancient Art National Museum (Museu Nacional de Arte Antiga), where we he was to show us only two of his favourite paintings. I had to confess that the last time I had visited was probably on a school trip.

It was very interesting to hear Diogo’s theories about the St. Vicente panels, which he thinks are ordered in the wrong way.

It was so hot, we had to stop for a drink – and luckily for us, the perfect place was just outside the museum. Glass of water with a view, anyone? I had been to Le Chat a few times before, but never during the afternoon. It was packed with locals just enjoying a drink and the view – not hard to imagine why.

We walked a little bit down Rua das Janelas Verdes, and out of nowhere, there was a shop with a queue. I found it most intriguing as this is not a retail area at all – and the shop was packed. Turned out that Argentinian shoe sensation Paez has eclipsed Portugal and now I knew where everyone’s shoes came from. I was familiar obviously with Toms, but had never heard of this other brand. Needless to say, I had to have a pair!

From here, we went back on our fabulous car, and drove through Lisbon towards our next stop, which was, obviously, secret. So secret, I had no idea it existed. One of Lisbon’s landmarks, the Arch on Rua Augusta, can now be visited. I had no idea, but was even more surprised, and impressed, when the viewing terrace at the top, with possibly the most amazing views I have ever seen of Lisbon, was opened, after hours, just for us. This is one of the things that Exclusive by TLC, which was owned by a friend which no longer operates handled extremely well – having access to special places and people – our experience was nothing short of stellar.

And when we got to the top…

It was definitely a wow moment – not only to have the whole place to ourselves (seriously amazing), but to have such beautiful weather (that is more normal than you’d think). But the piece of resistance? When 2 lovely waiters arrived with canapés, wine and sparkling wine (Portuguese, of course). I was seriously blown away. It was beautiful and this moment will be one we will take with us forever.

From here, we walked towards the square you see and had another driver (with another modern Mercedes), waiting for us to take us back to our hotel. As we only had a night in Lisbon, we wanted to take it quite easy and see some friends, who were to join us at the Memmo Alfama Hotel, where we enjoyed fantastic gin & tonics, and a simple but delicious tapas meal.

And who says only the Spanish do the best gins? I beg to differ!

The next morning, we slept late (being in touch with the local culture and all) and met Catarina and Joana outside the hotel for one final surprise – a very lazy brunch at actually one of my favourite places in Lisbon.

I am sure they wanted me to try as many means of transportation as possible, so again, we were surprised with a… tuk tuk! It was so much fun, I cannot tell you!

I obviously did not drive, but I had to have a photo taken. And in 15 minutes, we made our way to one of my favourite Lisbon places: the rooftop terrace at the Bairro Alto Hotel, where I used to go almost every week after work to see the sun set.

We had a fantastic and very relaxed brunch, which was delicious. You can also have it exclusively to yourself, but I chose to sleep late and do not regret it, at all!

We were so ready to continue and explore Lisbon – it was wonderful to see it as a tourist, and actually have things planned just for myself, according to what I liked. That was very special.

All good things come to and end, and that meant we only had a couple of hours before we had to be at the airport. And that meant that I just had to have some delicious fresh fish and hug my family goodbye.

And buy some shoes.

I loved the 2 days city break in Lisbon and I promise to go back as soon as I can… as they say, you can take a girl out of Lisbon, but not Lisbon out of the girl. 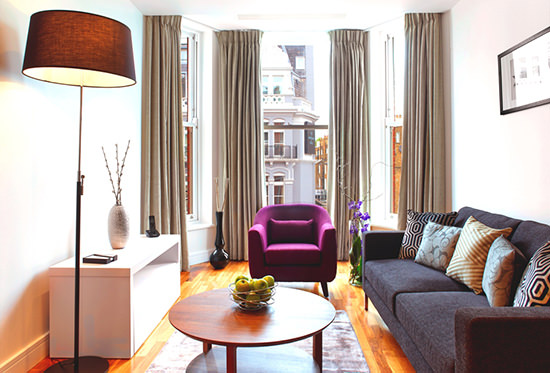 My hOtel: The Arch, London