What makes the perfect gin and tonic? What is gin? Here is a beginners guide to gin, my spirit of choice.

This post is brought to you by Hendrick’s Gin

It is no secret that Gin plays a very special part in my social life. Life without gin and tonic, and excellent gin at that, would not be the same. I remember my first Hendricks – I was in Barcelona, in 2004 and was served this beauty in a fish goblet glass. 15 years ago. Exactly. And I am delighted to share the Hendrick’s Beginners Guide to Gin, with a bit of help from Ally Martin, Hendrick’s Brand Ambassador, who knows a thing or fifty about this magical spirit.

To put it simply Gin is a grain spirit flavoured with berries, seeds, barks, herbs, peels and flowers which are much better known as “botanicals”.  For something to be considered a gin it must abide by three simples rules.  Firstly, it must be NGS (neutral grain spirit) redistilled with botanicals.  Secondly, it should be at least 37.5% ABV (alcohol by volume).  Finally, the predominant flavor must be juniper.

How is Gin made?

Gin can be produced in a number of different ways but it all begins as Grain Neutral Spirit (GNS).  GNS can be made from any starch or sugar rich agricultural products, the most common is wheat but you’ll find people using anything from potatoes to molasses.  It will then be fermented to create a wash which will be distilled within a column still.  The best way of imagining this is as the blank canvas upon which the flavour will be painted.  The GNS will then be taken and distilled with botanicals. It is the botanicals that give gin its distinctive flavour and they are the key thing that allows each brand to differentiate itself from others.  When we are making a gin what we are basically doing is flavouring the GNS with the oils and flavours of botanicals.  For the most part this will be done in 3 different ways.  Hendrick’s Gin use all three of these techniques so let’s take them as an example. Macerating Ingredients is best compared to making a curry.  The botanicals are “macerated” or infused into GNS for a period of time before being distilled.  During that time the flavours of the botanicals infuse themselves into the GNS.  This will traditionally be done inside a copper pot still.  It is a technique utilized by a large number of brands including Tanqueray, Beefeater and Sipsmith as well as the aforementioned Hendrick’s Gin.

This is very much like making a cup of tea except…only making a cup of tea in quite a strange way.  During the process of vapour infusion the botanicals never come into contact with the GNS. As the GNS is heated it turns into a vapour and it is that vapour that comes into contact with the botanicals that are suspended above.  This technique is done using a Carter Head still or by using tool called a Berry Tray.  Bombay Sapphire & Hendrick’s Gin are best known for this technique.

The final form of infusion that we’ll discuss is called Low Pressure Distillation.  This is done utilising a Rotary Evaporator, a tool which has its origins in organic chemistry. Rotary Evaporators allow you to split and concentrate liquids at very low boiling

points. It is ideal in use for botanicals that are heat sensitive, the beauty of it is that it
allows the distiller to take the best most exciting nuances of a fragile botanicals without destroying it. At Hendrick’s Gin this technique is used to create the Cucumber and Rose essence that the brand is so well-known for. 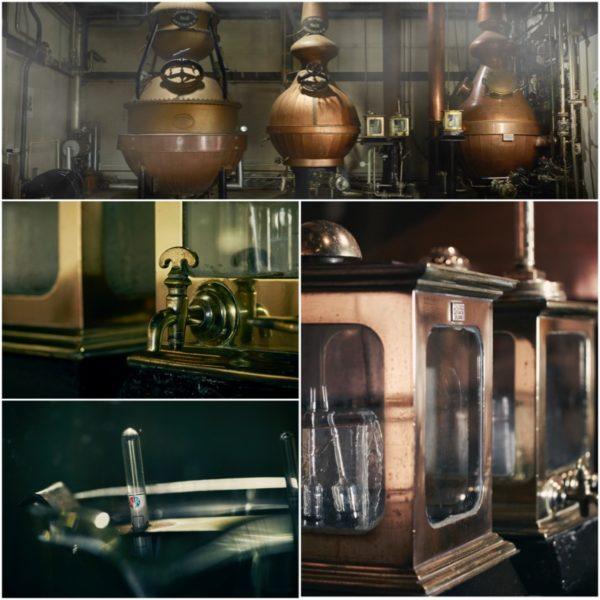 During the distillation process the still will be heated.  Because of that heat the GNS will turn into a vapour.  That vapour will then travel up the still into the condenser.  The condenser will have cold water running through it so as the vapour makes contact it will turn back into a liquid forming a compound of alcohol, water and the aromatic components.  The distillation process can take anywhere from a couple of hours to a day. The first drops that come off the still are known as the heads. These will generally be cut away and either saved for the next batch or discarded. 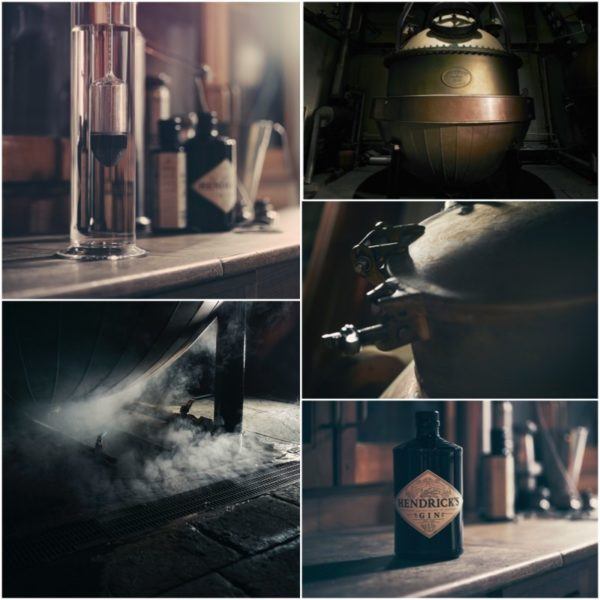 When was Gin invented?

Gin has a rich, interesting and at times debaucherous history. There are many important points along that timeline but the important thing to say at the off is that we can’t trace an exact date or person or location of the invention of gin.

What we can say though is that gin as we know it today derives from the Dutch spirit Genever.  This spirit emerges in the Low Countries in the 16th Century.  The spirit emerged from a local brew called Korenwijn, grain burnt wine, a very raw, very harsh spirit which would have been closer to whisky than gin.  The fact it was so harsh forced its producers to begin to add sugar to making it slightly more palatable.  This wasn’t enough though so they began turning to their spice cupboards to aide them in their quest.  They found that spices would cover the harsher notes of the spirit and the spice which was the most aromatic and, hence, the best at covering up those flavours, was the humble juniper berry.  As a result korenwijn became known as Genever (the Flemish word for juniper) and I suppose the rest is history. How did the English lay their hands on it?

The spirit begins to spread its way across the world as a result of two things.  Firstly, the 80 years war and, secondly, the VOC or the Dutch East India Company.  Both of these saw huge numbers of Dutch soldiers and sailors begin to traverse the globe.  Every Dutchman on board those vessels was entitled to a daily ration of around 200ml of Genever which they traditionally would have kept in a small hipflask attached to their belt.  In 1585 English soldiers went to war alongside the Dutch to provide support against the Spanish Armada.  The Dutch were renowned for their bravery in battle and saw them charging off into battle and attributed that bravery to the hipflasks they swigged from.  The English christened it Dutch courage and began drinking it themselves in order to fashion themselves with the bravery of the Dutch. 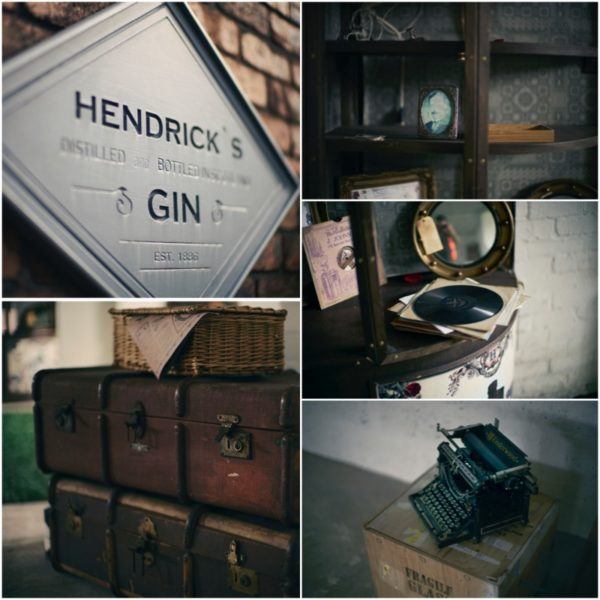 What was the Gin craze?

The Gin Craze is perhaps the most famous period in the history of gin.  In the 1600s genever would have been present in English taverns it wasn’t something which would have been drunk frequently.  In 1689 a man named William of Orange ascends to the throne of England.  A fairly nasty fellow, he declares war on France because he hated catholics, he banned the import of all French goods and lowered the tax on grain to butter up the nobleman of the country.  He even loosened up the rules on distilling so more people bought the grains.

What happens as result of these political machinations is perhaps the worst crisis in English History as everyone began producing their own gin.  The stuff they were drinking would have been horrendous a mix of things like raw alcohol, turpentine, sulphuric acid, alum, almond oil, lime, salt and basically anything which would allow the bootleggers to stretch out their product.  This was served up across 17,00 liquor shops across the city of London each emblazond with the sign get “Drunk for a penny. Dead drunk for tuppence. Straw Free.’  The rich turned a blind eye to this for years.   It wasn’t until the late 1720s that they began to try and put a stop to all this horror.  They put 6 acts through parliament but none of them seemed to work and by the time you hit 1750 the city was consuming 40 million litres of alcohol enough for  1 pint per week for every man, woman and child living in London.  A child born in the city had an 80% chance of reaching the age of two. It was until the Tippling Act of 1751 that the Gin Craze ended and London could try and recover. Does Gin go by any other names?

What is the best way to enjoy your Gin?

Gin can be enjoyed in a great number of different ways.  It’s perhaps the most versatile of all spirits out there.  The most frequently drunk thought would probably be the Gin & Tonic & the Gin Martini.  Both have been around since the turn of the 20th Century and will be here for much longer I’m sure.  Below are two recipes one for the Perfect Hendrick’s Gin & Tonic and one for a Hendrick’s Gin Martini.

Fill a tall glass with ice and then add all ingredients.  Garnish with a slice of cucumber. 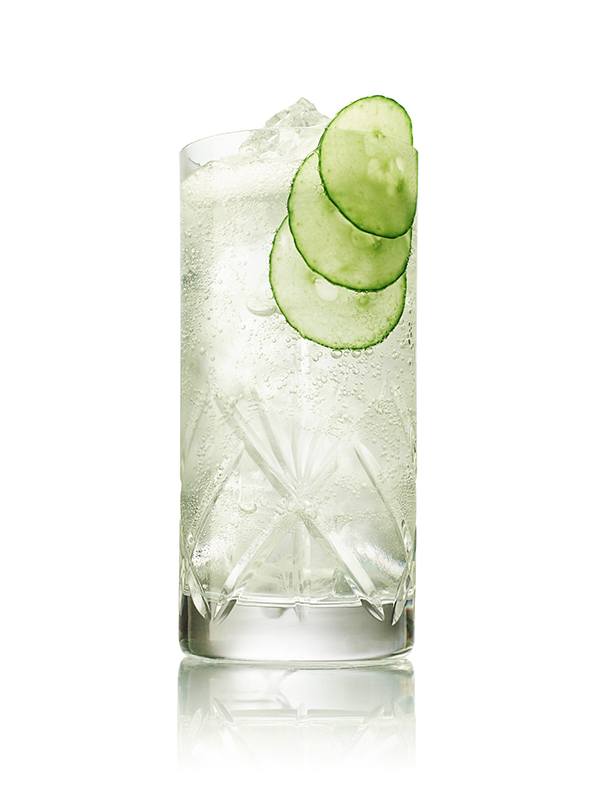 Add all ingredients to a mixing glass.  Stir and strain into a cocktail glass.  Garnish with a slice of cucumber. 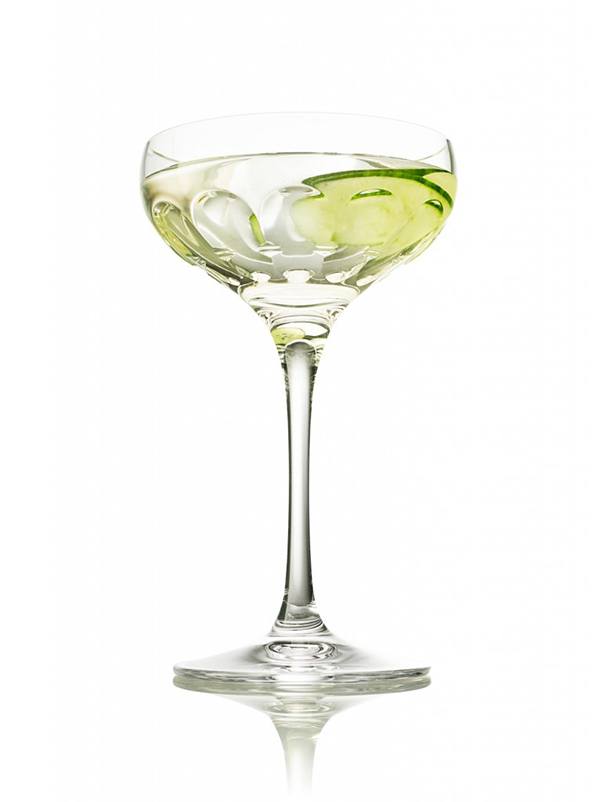 Enjoy a Hendrick’s Gin & Tonic as early as tomorrow, by ordering from Amazon UK.

Hendrick’s is a delicious super premium gin, made with a number of unusual twists to deliver a most curious arrangement. Unlike ordinary gins, Hendrick’s is distilled in the little fishing village of Girvan, Scotland. Only Hendrick’s is made with infusions of Cucumber and Rose petals, producing a wonderfully refreshing gin with a delightfully floral aroma. Hendrick’s is the only gin made in a combination of a Carter-Head and copper pot stills, creating a divinely smooth gin with both character and balance of subtle flavours. Travelling to prepare for a special moment