What is the Best Time for California Wine Tours?

There’s a good reason why California is the most visited state in the USA. When it comes to cultural offerings and natural landscapes, cosmopolitan cities and fantastic culinary scene, the Golden State never disappoints.

California is the perfect go-to for a fix of adrenaline rush or a romantic getaway. It‘s the top choice for a family holiday or a long-overdue solo trip. People travel here to experience the magic of amusement parks, hike through scenic trails, rejuvenate in world-class spas, lounge on sun-drenched beaches, walk amongst superstars, and explore iconic landmarks.

Whatever your reason for visiting California, there is one thing you should never miss. The wine!

If you want to experience the real deal, you’ll need to go to California’s wine country and immerse yourself in its wine culture. With hundreds of vineyards, wineries of all kinds and world-class blends, it’s no secret that nothing compares to the wine tours in California.

As well as the multitude of wine tours to choose from, the region has plenty of other activities for visitors to try. California’s varied terrain and stunning views make it ideal for hiking, cycling, horseback riding, and hot air ballooning. You will find natural wonders, including golden beaches along the Pacific coastline, dense oak and redwood forests, miles of rolling hills, wide-ranging wildlife, and secluded hot springs baths. The region also has elegant villas, boutique hotels, upscale resorts, trendy cafés, and Michelin star restaurants for those seeking luxury.

So, what is the best time to visit the California wine country? The northern valleys have a Mediterranean climate, marked by warm, dry summers and cool, rainy winters. While the scenery remains beautiful throughout the seasons (yes, even in winter!), some activities only happen during certain months of the year.

Ultimately, your California wine tasting tour experience varies depending on the time of the year. Here are my recommendations for the best time to go to the wine country in California. 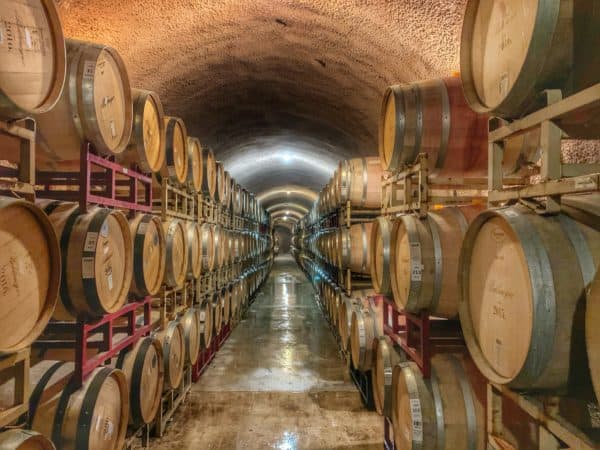 The weather in California is unpredictable in spring. Mostly, it is warm and sunny with clear and bright blue skies and long days. However, a fair amount of rain is forecast between March and May, and there may even be the occasional thunderstorm. Be sure to pack a waterproof jacket along with your sunhat and sunglasses, and prepare for the unexpected.

Even so, the region looks lovely in spring as wildflowers bloom, carpeting the meadows and the hills with a wild assortment of colours. Around early spring, sprouts start to show on the vines, giving the vineyards a lush, verdant look that deepens as the days progress. However, do not expect to see grapes; the fruits don’t appear until a little later.

The Wine country tourist season officially begins in spring, and the region starts to swell with visitors in search of the best wine tours in California. Yes, there will be wine sampling. But you will be tasting last year’s vintage.

The wine country is at its hottest and sunniest in summer, with temperatures sometimes reaching the high thirties in July and August. Despite the heat, holidaymakers flock to the region, which means that the wineries and other attractions can get overcrowded quite quickly.

Although wine tours run more frequently and wine tasting outdoors becomes possible again, nothing of real significance happens during these months, particularly for serious wine connoisseurs. The vineyards are still worth seeing though, as in the height of summer they turn brilliantly green, and grapes start appearing.

The hot months are ideal for outdoor activities in California, such as camping and day trips to the beach. In summer, specifically July and August, local farmers sell their home-grown produce and homemade goods in markets.  The wine country gets especially busy during the Fourth of July as more visitors arrive to celebrate the event. 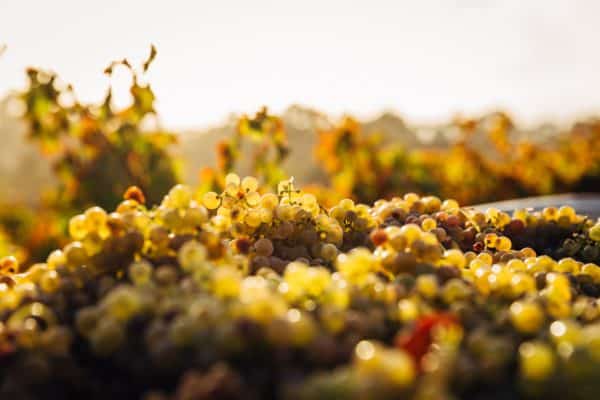 Autumn is undoubtedly the best time to visit the wine country in California. As early as the last week of August, the region begins to bustle with activities as hordes of excited tourists arrive and wineries get in a frenzy with harvest preparations. Nature, too, is busy. Vineyards turn golden yellow, and vines hang low with heavy bunches of ripe grapes. But while the temperature mellows down, the days remain long and sunny with pleasantly warm evenings.

The start of the harvest season varies depending on the weather and other factors. But most wineries begin fruit picking in late August. Tourists can also watch the process of pressing and bottling the wines.

Autumn is definitely the best time to visit California wineries for the gorgeous weather and wealth of activities. However, expect higher prices, not only for accommodation but also for the wines. The vineyards and tasting rooms are often full of people, so if you want to escape the crowd, consider visiting in late October when most tourists have gone home.

Winters in the California wine country are pretty mild. Whilst it doesn’t snow, it rains most days, so most activities have to move indoors. After the harvest, the vines are all bare, so the vineyards don’t appear as impressive. Thus, winter is not the best time to visit the California vineyards.

But don’t think winter in the wine country is boring, dull and dreary. On the contrary, the season is a magical time of the year.

The holiday gatherings, starting with Thanksgiving and peaking with New Year, bring a different kind of warmth and excitement. Towns spruce up; streets come to life with Christmas decors and twinkly lights. Many restaurants serve special holiday dinners, wineries offer discounts on wine, and hotel rates go down. Best of all, the crowd has dispersed, allowing you to enjoy a quiet, laid-back, and reasonably-priced wine-tasting holiday.

Where to Go on a California Wine Tour

California presently has over 427,000 acres of vineyards and more than 1700 wineries, making it the fourth-largest producer of wine in the world, after Italy, Spain, and France. There are a variety of different parts of the area that are recommended for a wine tour, each with its own speciality. 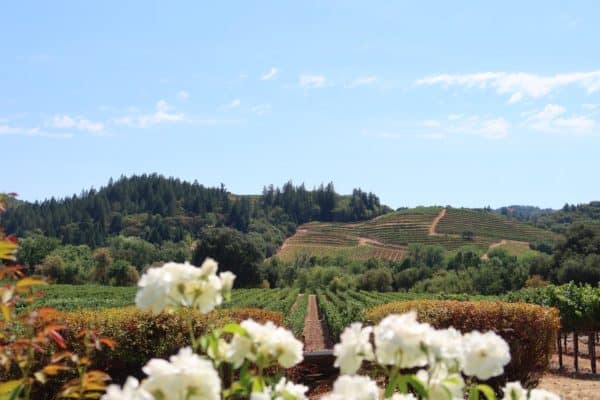 Undoubtedly, the superstar of the California wine-making industry is Napa Valley. It’s the most popular destination in the wine country, receiving 3.85 million tourists annually.

The valley stretches four miles wide and 30 miles long, with 43,000 acres of vineyards. It boasts villas inspired by Tuscan architecture, Michelin-starred restaurants, and over 400 wineries serving award-winning blends. More than three dozen varieties thrive in the Napa Valley, but the most widely planted are Cabernet Sauvignon and Chardonnay.

Napa is merely an hour away from San Francisco, but it looks and feels like a village in Tuscany. While in Napa, you will find the big names of the American wine industry, including Diamond Creek, Opus One, Mondavi and Joseph Phelps.

Located 130 miles north of San Francisco, Mendocino is a spectacular mix of rocky coastline, pristine beaches, lush mountains, and redwood forests. It is not only one of the most picturesque places in all of California, but it also has 25% of all certified organically-grown and biodynamic grapes in the United States.

Mendocino’s focus on organic viticulture has earned it the nickname ‘organic wine Mecca’. The wine region is best known for its Pinot Noir and Chardonnay.

Established as an American Viticultural Area (AVA) in 1983, Santa Ynez Valley is part of Santa Barbara and has the largest concentration of wineries in the county. The valley lies between the Purisima Hills and the San Rafael and Santa Ynez mountains, with the Santa Ynez River coursing through the valley towards the Pacific Ocean.  The colder, western side of Santa Ynez grows Chardonnay, while the eastern portion cultivates Rhône varieties, such as Syrah, Grenache Mourvèdre and Viognier. 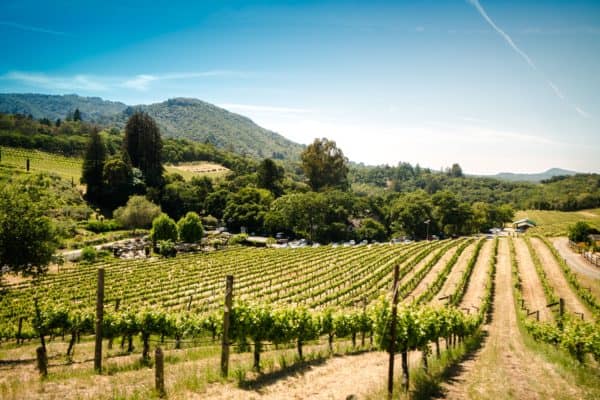 Can’t choose between Pinot Noir and Zinfandel? In Sonoma, you can have the best of both. The county’s diverse topography and microclimates allow it to grow more than 65 grape varieties, but it is most renowned for its big reds.

Sonoma is also known as the birthplace of California’s commercial wine industry. The Buena Vista Winery, the state’s first premium winery, was established in Sonoma in 1857. Visiting this wine is, in a way, a journey back to the origin of winemaking in the country.

Santa Barbara has over 115 wineries and cultivates 21,000 acres of vineyards. Franciscan missionaries planted the first wine grapes in Santa Barbara in the late 18th century, and by the 1960s, the county had become a premier winemaking region.

The 2004 film Sideways highlighted Santa Barbara as a viticultural centre and brought special attention to its Pinot Noir wines. It is also known for its Chardonnay and some Rhone varietals.

This wine country lies along the Pacific coast, which makes it the ideal destination for those who want to combine a wine tour and a beach holiday.  Established as a viticultural region in the 18th century, San Luis Obispo is primarily known for its juicy Pinot Noir.  However, its four AVAs offer a variety of specialities: Chardonnay from Arroyo Grande Valley, Rhone, particularly Syrah and Viognier, from Edna Valley, Merlot and Zinfandel from Paso Robles, and Cabernet Sauvignon from York Mountain. 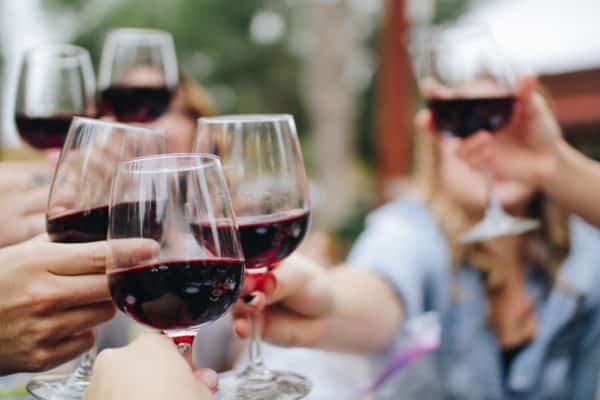 Many vineyards are on elevated land as high as 1600 feet above sea level. The warm days and cool nights create the best condition for growing high-quality grapes, with varieties coming from the region including Merlot, Chardonnay, Zinfandel, and Sauvignon Blanc. Recently, vineyards in the Temecula Valley also started cultivating Mediterranean varietals, such as Syrah, Pinot Gris, Grenache, Sangiovese, and Viognier.

Although Temecula Valley has its share of upscale wineries, most are boutique-style and family-owned. You will also find fascinating tourist sites around the valley, including a replica French chateau and buildings inspired by Snow White’s cottage in Disney’s 1937 animated film.

As you wind into the Santa Cruz Mountains, you will discover lush vines growing amongst towering redwoods on a rugged mountain path. The scenery is surprisingly striking, and even more surprising is the fact that this seemingly off-the-beaten-path wine region has approximately 200 vineyards and over 70 wineries. Experts claim that Santa Cruz’s rugged terrain and microclimate help create a unique character in the grape varieties, making their wines distinct and different.

Pinot Noir and Chardonnay varieties grow on the coastal areas of the Santa Cruz Mountains, while Cabernet Sauvignon, Merlot and Zinfandel are abundant inland. Santa Cruz’s grape growers and wineries use sustainable practices, such as canopy management, cover crops and erosion control. They also utilise renewable energy like solar and biodiesel in their production processes.

The best time to explore California’s immense and astounding wine region depends on what you want to experience and achieve. For a combination of good weather and fun outdoor activities, visit in spring. Summer brings lots of sunshine, great adventures, and tourists, so be ready to work your way around massive crowds.

If you have a deep interest in viticulture and want to learn more about winemaking, visit during autumn. But take note that it’s the peak season; prices are usually sky high, and tasting rooms swell with hordes of visitors. By winter, everything settles down, though there is not much to see in the vineyards. However, you get the opportunity to enjoy the place all to yourself.

I hope you’ve enjoyed my guide to the best time to explore the wine country in California. Take a look at the rest of my guides to this state if you’re looking for more recommendations of what to see and do when you visit! 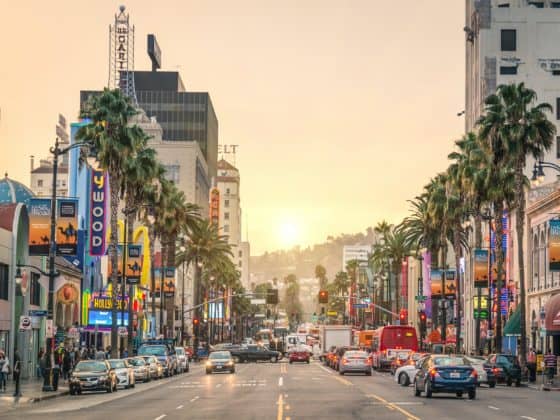 When is the Best Time to Visit California? 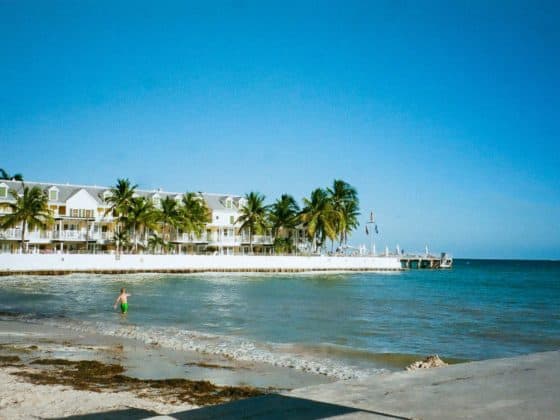 The 9 Best Things to Do in the Florida Keys 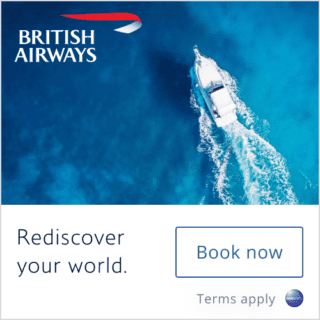 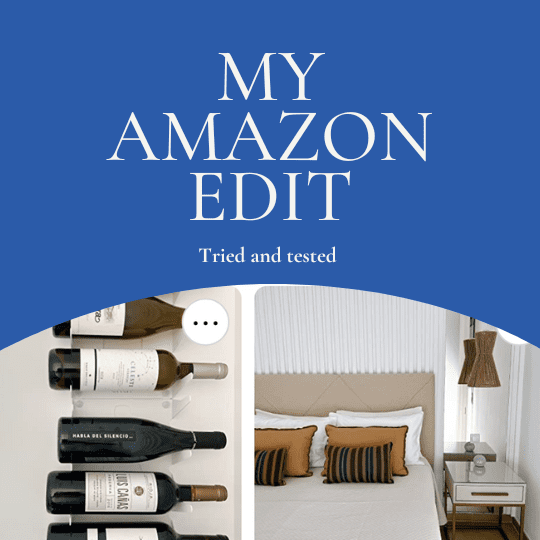