The culinary season on the slopes of Alta Badia, in Italy’s Dolomites, starts on a very special day: the day that the Gourmet Skisafari, haute cuisine at 2,000 m altitude, takes place.

This event brings seven Michelin chefs in five mountain huts in the Alta Badia ski region. Basically, you ski from one hut to the other during the morning, and on each one, you experience some of the best dishes in Italy. Chefs come from all parts of the country – it really is a treat.

If there is one person that loves his food, it is indeed Mr. O. So as he enjoyed this trip so much, I asked him to share with us his memories of this very special day. I think he is a natural. xo Mrs. O.

We travelled to Alta Badia for a long weekend to start our ski season in style. But as it was early, there wasn’t as much snow as we had hoped for. We were able to ski, but not as much as we would have wanted. But worry not – there were plenty of other wonderful things to do. Like eating.

After a brilliant dinner the evening before, we woke up and wondered if our collective prayers had worked – was there a snow fall that night and would we be able to conduct our gastronomic tour on skis to taste the best Italian cuisine, by some of the finest Italian Michelin-starred chefs?

I opened the curtains of our bedroom and it was a beautiful day – and I was upset. No fresh snow! So I knew then that I was going to have to “work out” and earn the right to be there to participate in a fabulous day ahead of us and do the “Gourmet Safari” by snow-shoeing to three different huts (instead of the preplanned 5 huts).

On a positive side, I thought that this might be a perfect way of eating and drinking and combining it with exercise to make room for the next hut and next beautiful tasting and so on. So, by the time we were ready to leave the hotel, I was mentally prepared for the adventure ahead.

We arrived at Piz La Villa station and we were fitted out with snow shoes and poles and ten of us departed in the cable car to the top. We took time to assemble the shoes and get used to walking with them on the snow, I felt as if I was Scott going to the North Pole, it felt so weird! Different, but fun. The views were terrific and of course as we were walking, we had more time to take in our surroundings.

The first hut (Utia I Tabla) was about an hour’s stroll and I certainly worked up an appetite.  We arrived at around 10.15am, removed our snow shoes and were greeted with a glass of Spumante. Well even I thought this was a tad “too early” – I had to wait at least until 10.30am! So I had a soft drink and made my way to sample Chef Claudio Sadler’s salt cod escalope with Prosecco, dried olives and storo polenta and paired with a glass of  Alto Adige Spumante. Wow, it just melted in my mouth.

What a way to start the day and with a cold glass of Spumante (it was now after 10.30am!) – a perfect beginning. There were a lot of knowing nods from others as soon as they had their first taste. Of course, we were tempted to sneak a second little sample but looking at the menu for the other chefs’ offerings we declined!

So suitably filled, happy and extremely content, we were encouraged to re-fix our snow shoes and head off to the next hut, which was 20/30 minutes’ walk away. Actually, I was now getting used to this new mode of transport and thought what we were doing was a great idea. The thought of actually skiing after some wine did not sit comfortably with me. So, pleasant exercise made room (well at least in my head) for the next delicious delight that was being prepared for us.

We arrived at Piz Arlara hut (well, this was far larger than a hut) and were greeted by Matteo Metullio who had prepared our meal the previous evening. His dish was “Jota” bean cream, fired potato chips, sauerkraut, speak oil and shrimp tartare with lemon along with a glass of Alto Adige Sauvignon. This was light and exquisite. We stayed a little to enjoy the views and the atmosphere and were persuaded to try a local drink called “Bombardin”. This was all about preparing us for the next hike to the final hut.

Snow shoes on and we left to walk or shuffle to the next hut – some 30 plus minutes away depending how long it took you to climb the last hill before you reached the Utia Col Alt, the hut at the top of another cable car and our way back down off the mountain.

Some of the group were tempted to take the snow cat instead. We were not as we felt we were here to do this Safari on snow shoes and we needed to burn off some food and make more room for the final two culinary dishes! A lovely walk through the woods until the slope. Then we regretted not taking the cat, but actually it was a nice way to warm up and be prepared.

The dishes were paired off with some fine wines, with the lamb Alto Adige Lago di Caldaro Schiava and the tortello Alto Adige Gewurztraminer.

We stayed for a little while taking in the scenery and sipping the wines and then talking with the Chefs who circulated once the dishes were concluded. A really fun morning and afternoon and it was sad to end and have to depart back down the cable car and then transport back to the hotel.

This was the Third Season of the Gourmet Skisafari or as they say “the cooking tour on skis”. The concept is that it focuses on typical local products in the region and the dishes prepared are all great classics that have been reinterpreted especially for the occasion and reflect the Chefs own stories of the Italian regions, their traits and the journeys they have made from North to South of Italy. The wines are all from South Tyrol.

The Gourmet Safari is an all season event and the cost for the five huts is €45. Extremely good value and well worth doing. A fun day with great food and if you were on skis you could do many runs to the huts between 11 and 3.30!

PS. This was my first blogging attempt, so be gentle with me.

Disclaimer and Fact Box: Mrs. O and I travelled to Alta Badia with Powder Byrne, who were excellent. A luxury 3-night Ski Weekend starts from £925 per adult staying in a double room on half board at the 4-star Hotel Gran Paradiso, price includes Powder Byrne concierge service, return British Airways flights from Gatwick to Venice and private transfers to and from the airport. 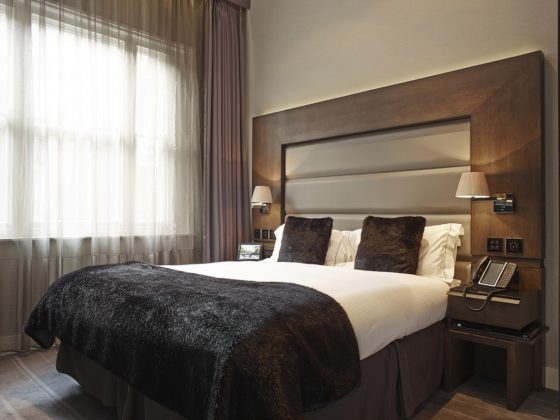 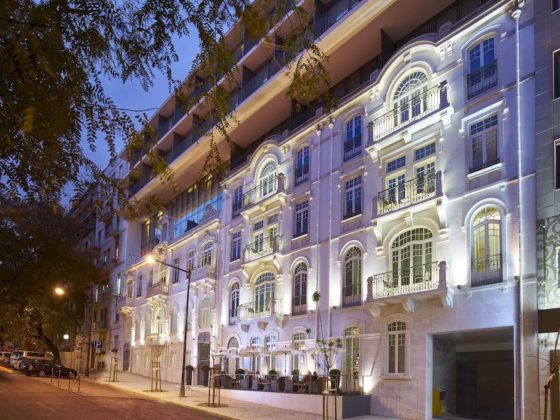