Going to Mexico, away from the crowds, was something Mr. O and yours truly were very keen to do. But where in Mexico? We didn’t want to put ourselves in any weird situations (as we did want to drive around a little), so after some research, we found the right place for a luxury holiday in Campeche and Yucatan in Mexico (or the North-East, to be more precise).

How to get to Campeche and Yucatan in Mexico

Looking at the map, the best way for us (in the absence of a direct flight, of course), was to fly to Dallas, with we did with British Airways, and connect with American Airlines to Cancun. Connecting in Dallas wasn’t as brilliant as most people say it is (immigration and connection services were a joke…), but our second flight was delayed which meant we did not have to stress so much. We were meant to land in Cancun at around 7pm local time, but ended up landing close to 11pm, which wasn’t ideal, but what else could we do?

We did not want to stay in Cancun for just a night, and we wanted to make headway to where we were going, so we organised to be picked up by Samuel, a Mayaland driver, which was the best idea we had. We were far too tired to drive the 2-hour journey from Cancun to Chichen Itza, and certainly did not want to do so at night.

We arrived close to 2am at the Mayaland Lodge at Chichen Itza and literally passed out. The hotel was defined as luxury (it was on the Conde Nast list… but in 2003), but in our opinion, it was a different type of luxury. It was simple and everything worked… and we slept for only 4 hours. The reason why we chose this hotel was clear: if we slept there, we would be the first ones to have access to Chichen Itza the following morning and that was a no brainer. If I went back to the area, I would do exactly the same thing again – and have no problems recommending the hotel based on this assumption.

We had breakfast and met our guide and driver – Augusto, who was to spend the day with us and show us around. Chichen Itza is an UNESCO world heritage archaeological site with excavated ruins of the large Maya city, including an iconic step pyramid. It was one of the things I really wanted to see, and having access to it virtually on our own (with other hotel guests, of course), was really worth it.

The only downside is that we had to queue for tickets (which could have been pre-organised, so ask for this when booking). Entrance costs around 19 USD (208 pesos) and is cash only. And we had limited cash (we only managed to get around 500 pesos at the airport the night before).

We walked around the site for an hour – the street vendors will still setting up their stalls, but the timing was perfect. At around 8am, we started making our way towards the city of Merida, very slowly, with a few pit stops on the way.

This area of Mexico is quite undeveloped and it felt quite ‘real’. One thing we also wanted to see, was a ‘cenote’, which are found in this area. What is a cenote, I hear you ask? According to Google, it is a “natural pit, or sinkhole, resulting from the collapse of limestone bedrock that exposes groundwater underneath”. In other words, something truly stunning.

There are many cenotes in the area, and we went to ‘Yokdzonot’ which was small and beautiful. Entrance cost around 4 USD (60 pesos) and as we beat the crowds, we had it all to ourselves. I was very sorry that I had not planned ahead and had a swim.

From here, we made our way to Izamal, which was a delightful little town. One of Mexico’s 35 ‘magical towns’. According to the Mexican government, a town can be magical if it has rich historical tradition and is near ‘interesting places’ and a larger city (72km from Merida). Izamal is painted yellow and its Franciscan convent is a must-visit.

The drive to Merida, the capital of the Yucatan state was quick and a great way to see the scenery. We stopped for lunch at Casa Parrilla (where I enjoyed my first of many ‘sopa de lima’ or lime chicken soup, which was my first taste of the local cuisine, which I adored). We felt that Merida would have been worth more of our time and wished we had planned it a bit better. But gives us another reason to return one day.

Our driver dropped us off at the airport, where we had pre-booked a car hire with Hertz – I know I have *really bad luck* with car hiring experiences, and here we were treated to one of the best (read: worst) ones ever. Booking a car was a challenge – there is the game of supply and demand and the fact that no car hire company gives you an accurate amount for insurance which must be taken locally and at the counter. I read a lot of awful reviews online and tweeted Hertz a day before to triple check everything was OK. We booked the only car available then (at $125/day for 5 days) and were ensured everything would be peachy. Well, there was no car. At all. Apparently this happens quite a lot (and I did everything I could to prevent this) – and they couldn’t care less. It was ‘normal’ and our wait was for at least 5 hours, ‘or the next day’. I seriously could not believe it. What surprised me the most was Hertz’s response on social media. Click here to read the whole conversation on Twitter. It was almost comical.

We managed to find a car with Sixt (which wasn’t available online to book) – so seriously, if you are considering a car rental, be prepared. The car ended up being the same rate – but with insurance included (for ‘something’ quite… limited), but we were able to move and continue with our trip.

A few hours later, we arrived at Campeche, the capital of the state with the same name. Its town centre is also a UNESCO World Heritage site, and I have to confess, driving around town, I could not wait to get there. The approach to the town was quite chaotic and when we turned into the walled part of the city, we couldn’t believe the contrast. It was stunning!

Marriott’s (or Starwood’s as it was back then) Luxury Collection brand has a selection of a few stunning haciendas in the area, and I must confess, it was how I first heard about this part of the world. We couldn’t decide which one to stay at – and did not fancy moving hotels during the stay, so we went with Puerta Campeche, which is located in the town centre. We figured that it would be better to be able to go out for dinner, have some shopping options, etc.

The hotel is very small and in great condition – it is also very ‘in touch with the place’. Our room was on the top floor and was a junior suite of sorts. Quite spartan, in a way – but super super comfortable.

We did not have many plans for the following days – we went into town and explored a bit each evening, but there was something we really wanted to do: enjoy the stunning pools.

There weren’t a lot of sun loungers (which I found most strange), but we always managed to reserve two the day before. On some days, we visited the hotel’s sister property located half an hour away – the stunning Hacienda Uayamon. We also organised sun loungers and booked massages, which were fantastic (the setting was better at Uayamon, but the therapist was better at Puerta Campeche – good to have options!!)

In terms of food – we were also very pleasantly surprised. We did have lunch by the pool most days (or every day, rather) and thought the hotel selections were excellent. I was madly in love with the ‘sopa de lima’ and we worked our way around the menu. We ventured out for dinner based on the hotel concierge’s recommendation 3 times, but actually really liked the hotel. We also tried some local bars on the main street. I have to say that service was a bit slow all around and lets put it this way, Mr. O was pleased his wife spoke Spanish.

In terms of shopping, a packing mistake meant I forgot to pack any pool dresses. It wasn’t very easy to find something simple, but almost on the last day, we found Taller Maya, which made for an interesting discovery . Imagine a cooperative of local artisans who are given the opportunity to produce local arts and crafts and have a selling platform – there was a shop just outside our hotel in Campeche, a concession at Hacienda Uayamon and also a few other stores. We loved the detail (and had loved the hotel soft-drink can coasters), so obviously we had to stock up. We really bought some lovely items and it is worth a visit. I loved to know who made our items and that they were paid a fair wage.

I have to say, we really enjoyed this trip – it was really quite quiet and we really liked the area. People were lovely and overall we felt it was great value ($5 handmade margaritas at the hotel, which can give you an idea of what they would cost elsewhere). The food was outstanding and we felt very comfortable and safe (even with the odd police check on the road, which happened daily). So in all, it made for a great base for a luxury holiday in Campeche and Yucatan in Mexico.

We hope to be back one day! 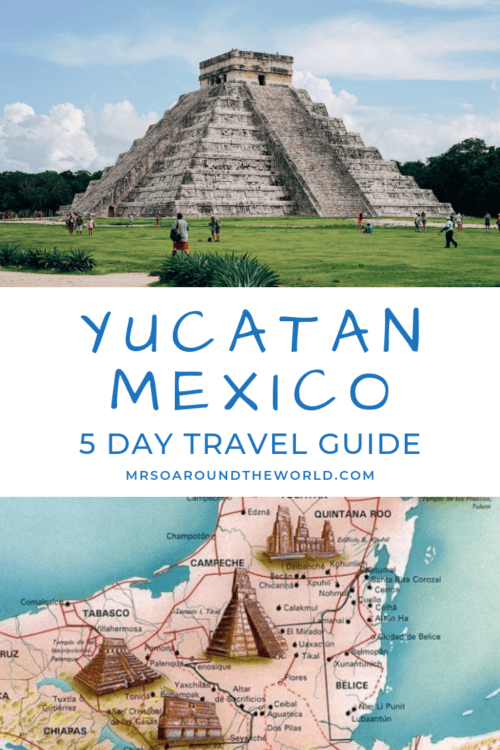 Fact Box: We travelled with British Airways to Dallas, American Airlines from Dallas to Cancun and returned from Merida to London Heathrow via Mexico City with Aeromexico and British Airways. Our tickets were short of £3,500/US$5,000 when added up.

Our room at Hacienda Puerta Campeche was US $600/night (rates vary depending on season). Our car hire with Sixt cost $700 including insurance.