California is blessed with some of the most jaw-dropping landscapes in the whole of America. In fact, this gorgeous slice of paradise is actually recognised as the state with the most national parks in the whole of the USA.

During your visit, you will find a fantastically varied array of outdoor wonderlands to choose from, from remarkable desserts to sublime coastlines. With so much to explore, you are probably wondering which are the best national parks to visit in California.

To help with your deliberating, I have collated key information on all of the best national parks in California to help you plan the most unforgettable trip to this special part of the world. Tracing way back over 3 million years, Yosemite National Park is a spectacular granite landscape of glacier-sculpted geology with a sensational array of animal species and an abundance of exciting activities to get up to.

One of America’s finest natural landscapes, this place is nothing short of incredible and without a doubt, one of the best national parks in California. The magnificence of the area certainly hasn’t gone unnoticed, as it is recognised as a UNESCO World Heritage Site and welcomes millions of visitors to its grounds every year.

That’s enough about its reputation – onto the park itself! The unique geological landscape of Yosemite boasts glaciers, waterfalls, meadows, mountains and alpine lakes just 140 miles southeast of Sacramento. You are set for a brilliant adventure during your visit and with rafting, hiking, rock climbing, fishing and wildlife watching all on the cards.

In a breathtaking combination of jagged rock faces, enchanting forestland and serene bodies of water, this is one of the most beautiful places to explore in California and there is a heck of a lot to see. So, I thought it might be helpful for me to pinpoint some of the top-rated attractions in the park:

Try not to be too intimidated by the name, as Death Valley National Park is one of the most extraordinary and enchanting national parks in California. Wild and unspoilt, the otherworldly landscape spreads over 1.6 million acres of sand dunes and salt flats that are crying out to be investigated by visitors.

Located in Southeastern California, Death Valley National Park is certainly a place of extremes. The weather in this mystical desertland has been known to strike brutal temperatures, with figures once having soared to 54 degrees centigrade – the hottest recorded temperature on earth.

As the sun means serious business in this park, I would advise you to avoid visiting during the summer months. Instead, spring is an ideal time to visit California to see Death Valley National Park as temperatures tend to be a lot more pleasant.

What’s more, if you’re here between late March and the beginning of April, you might just be lucky enough to see a wildflower super bloom. During this special time, the arid landscape comes alive with a sensational abundance of wildflowers, creating the most breathtaking setting. Home to the tallest living tree, Redwood National and State Parks offers a powerful exhibition of the magnificence of nature in a spectacular display of one of its loftiest creations.

A truly captivating place to explore for anyone holidaying in the Golden State, the redwood trees that fill the landscape are virtually everlasting, undoubtedly outliving us all by sticking around over a thousand years.

The tallest living tree on the planet is a not-so-little celebrity in the area. A Hyperion stretching 379.7 feet high, the precise whereabouts of this natural phenomenon is kept tightly under wraps. Yet, you are sure to be blown away by its fellow gentle giants that tower over you at around 350 feet in a breathtaking reminder of your own humanity.

Actually encompassing several parks that extend across the coastline, the serene environment of Redwood National and State Parks is sure to take your breath away as you unwind amidst the remarkable redwood trees with the sound of the Pacific Ocean in the background. During your time here, you can embark on a hike along the Damnation Creek Trail and unwind on Trinidad State Beach.

Only recognised as a national park since 2013, Pinnacles National Park is the newest park on the list. But that’s not to say the landscape itself is particularly young!

The unique site was created around 23 million years ago, when several volcanoes erupted, causing magma to flow down and form the extraordinary rock formations that we see today.

Located east of the Salinas Valley, a mere two hours from Big Sur, the fascinating twists and jags of the humongous rocky pinnacles make the most mesmerizing sight. This is a rock climber’s paradise, but these experts aren’t the only fans of the walls.

You are likely to find yourself sharing the rock faces with the park’s wildlife, including falcons, bats and the incredibly rare California condor. Beyond rock climbing and birdwatching, you will be able to set off on the most incredible hikes that will treat you to awe-inspiring views of the spectacular landscape.

As one of the lesser-known national state parks in California, you are likely to encounter much fewer people here during your visit. The tranquil atmosphere will have you feeling like the luckiest person on the planet to be able to have this incredible landscape (almost) all to yourself. Joshua Tree National Park is another of the best national parks in California. Delivering a raw, uncut desert experience, this landscape is named in homage to the spectacular yucca trees that populate its grounds, yet, its appeal extends far beyond its iconic plantlife.

The park is blessed with a remarkable array of unique rock formations that could only be rivalled by the Pinnacles themselves! The rocks are huge and attract climbers coming far and wide who are unable to resist the urge to scale their immense glory.

Fear not if you’re not the most advanced or adventurous of climbers, as even the newbies can have a go at tackling this natural playground. However, you can also stick to having a ground-level by setting off on a rejuvenating hike.

Due to its remote location, Joshua Tree National Park is blessed with clear skies, which means you’ll be able to enjoy the most stunning sunsets and constellations in the evening. When it comes to hitting the hay, you will have your pick of nine campsites in the area. I’d recommend staying over at the park so you can spend a few days investigating the area and appreciating it in all of its spectacular glory.

One of the most beautiful national parks in California, Sequoia and Kings Canyon National Park boasts over 1,300 square miles of enchanting terrain. Situated in the Sierra Nevada Mountains, prepare to be surrounded by huge red sequoias i.e. the tallest type of tree in the world.

Yet, the sequoias aren’t the only natural celebrities in the park, as it is also home to the tallest mountain in the world; the 14,500 feet Mount Whitney, and the largest tree in the world; The General Sherman Tree. Wander off on a hike to beautiful waterfalls and take in sensational views over the landscape along the way before pitching your tent to sleep amongst the stars.

For clarity, Sequoia And Kings Canyon National Park is actually made up of two separate parks (confusing I know), which are simply managed together. In Kings Canyon, you can go on the famous hike to Rae Lakes and enjoy the captivating scene of the cliffs and verdant trees surrounding the crystal clear lake. Despite only sitting an hour away from the town of Redding, the breathtaking landscapes of the Lassen Volcanic National Park will have you feeling like you’ve entered into a completely different world.

Sitting north of the Sierra Nevada Mountains, Lassen Volcanic National Park is easily one of the best national parks in California as it simply offers so much to do and explore! The site is home to a plethora of incredible hydrothermal areas, as well as the world’s largest volcanic dome.

At 10,462 feet, the imposing sight of Lassen Peak is truly something that you could never forget. It is also one of the only two volcanoes to have erupted in the continental US in the 20th century.

If you are in the mood for a hike, there are over 150 miles of trails to choose from. Be sure to pack a bathing suit for your expedition as you can pop in for a refreshing dip in one of the park’s alpine lakes and creeks along the way.

Lying an hour’s drive from San Francisco, Point Reyes National Seashore encompasses 80 miles of unspoilt coastline full of magnificent marine creatures waiting to meet you during your visit. Preserved since 1962, the beaches are some of the most rugged and unspoilt in the whole of California.

The spectacularly wild beaches in Point Reyes National Seashore boast spectacular cliffside backdrops which make THE perfect places for a photoshoot. You should also be prepared to be amazed by the animals that you are set to encounter in the park.

Between January and April, you can expect to share the waters with a whole load of whales, as around 20,000 take a pitstop here en route to Baja. For the best chance of seeing them, make your way to Point Reyes Lighthouse, where you will find the most incredible view over the azure waters and the spectacular whales below you.

Beyond the whales, you will be able to see elephant seals, owls, elks and nesting birds. To get a picture of all of the range of fantastic wildlife species, try to fit in a hike during your visit. The idyllic woodland scenes of Earthquake Trail and Tomales Point Trail are two of the most popular amongst Point Reyes’ visitors. Californian national parks are among the most incredible in the world and more than worthy of taking top place in your bucket list of things to do during your visit to the Golden State. After all, there is no better way of getting a feel for a destination than by taking a peek at its most sought-after landscapes.

I hope that this guide on The Best National Parks in California has left you inspired to embark on an outdoor adventure in this extraordinary part of the world. You can check out more of my recommendations for this state in my California Travel Guide here. 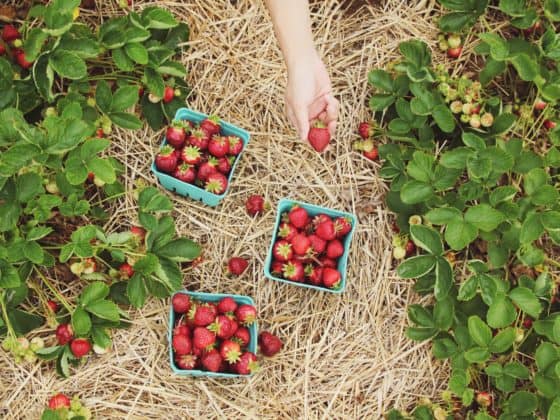 When is Strawberry Season in California?