If you follow me on social media, namely Instagram, you may have noticed that we have purchased a Summer home in the South of Spain. With the excitement, hard work, sunshine and all the rest, there was one small issue: language barriers.

Whereas I am semi-fluent in Spanish, my husband is not – and nor were our English project managers who have helped us with the renovations of our home.

When Pocketalk contacted me, I was quite intrigued as the device promised to break such barriers. In my case, it meant I didn’t have to do everything myself, i.e. I could send my husband or the contractors to a supplier and they could get whatever was needed. And it also meant I did not have to translate every single menu.

We were given the Pocketalk Plus, as well as the Pocketalk S – my review focuses on the plus model as it is the one we used the most.

How to use your Pocketalk translator

It couldn’t be easier – you select your origin language and your destination language (travel terms here) and they will be pre-selected for future use. This clever device supports over 80 languages and we were surprised by how good the quality of the translation was. It understood nuances, accents (mine and of Andalucians, which is quite a feat) and, most importantly, sarcasm.

I like that it is a separate device from your phone, so you can just keep it in your pocket/handbag. I also liked that is was not an app – so I could use it easily and play back to the phone if I was having a telephone conversation (or leaving a voice mail).

You press a button and speak, and within seconds Pocketalk talks back to you in the destination language – and writes it down as well. With the larger screen, it means you don’t have to get close to the person you are talking to (handy in these times). The person can then grab the device, press a button to reverse the language and respond. Over time we explored what else Pocketalk had to offer – it comes with a currency converter, but more conveniently, it reads menus (or any photos) for you. So if you take a photo of a restaurant menu, all is translated for you almost instantly. How did we use Pocketalk

In Spain, one of the most frustrating things we have found have been deliveries.  Mainly the missed ones. With Pocketalk, we could just speak in English and have the playback played to the phone (if we were speaking to the delivery person) or through the door intercom.

We have also used it to have detailed conversations with suppliers – the best ones were with our gardener who absolutely loved the device. You can see some of those conversations here and here (on my Instagram stories). He also found the device useful and has purchased one so he can communicate with his other clients (in our complex, we have 5 different nationalities – and found that some do not speak English, so French and Flemish were popular).

The one thing I wished we could have changed was the voice – my husband would have appreciated a male option (we could not figure out how to change it, and having asked the Pocketalk team, it seems that future software updates will carry this).

There will also be an app version available soon (which will be less expensive of course).

Battery life is excellent (lasts over a week) and it is charged with a USB-C cable, which is also supplied.

It also comes with a data card (with data included for 2 years). We have been very impressed with Pocketalk and it has become part of our daily life in Spain. We have tested it with friends from all over the world and were even more impressed with how it handled language subtleties (and sarcasm and jokes).

There truly are no language barriers any more – and I can see how this would be incredibly useful in business settings as well. When travelling, simple things like asking for a table for 6 in the local language becomes super easy – and we always found that people were very surprised to see the device and were always keen to respond using it.

Where to buy your Pocketalk You can purchase it directly from Pocketalk, or buy it from Amazon. It costs $299 in the USA, £259 in the UK and EUR299 in Europe. The S version costs $50 less across the board. 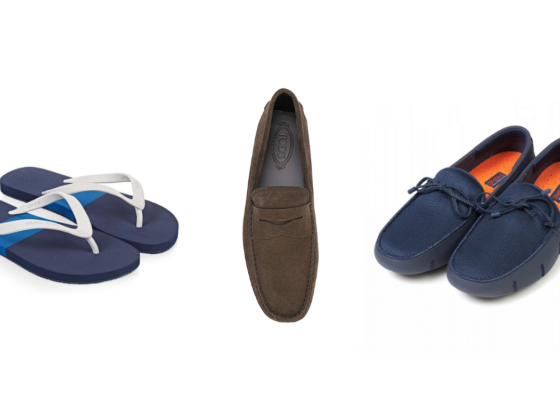 Some of the best men’s Summer holiday shoes